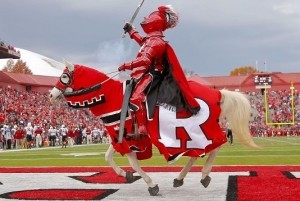 December 7, 2015 – Executive recruiter Eastman & Beaudine has been selected by Rutgers University to lead its search for a head football coach. The firm will search for candidates to replace Kyle Flood, who was fired after the team went 4-8 in a season marred by scandals off the field, including the arrests of several players.

In finding its next head coach, athletic director Patrick Hobbs said he’s looking for “a great leader for our football team, somebody who can build enthusiasm across constituencies.” In the end, he said, “wins and losses are really important. How you get there is very important. Somebody with integrity, somebody who inspires these athletes, someone who understands the institution of Rutgers as a world-class institution. That’s what we need.”

In 2012, Rutgers retained R. William Funk & Associates to find Robert Barchi as its president. The following year, the school tapped Parker Executive Search to find Julie Hermann as its athletic director. But according to press reports at that time, Parker and Rutgers were criticized for failing to identify problems in Ms. Hermann’s previous jobs, including allegations she was abusive toward players while a volleyball coach in the 1990s.

For over 40 years, Eastman & Beaudine has been a leader in executive searches among sports, entertainment & business clients seeking direction, assessment and counsel to build their senior leadership teams. The firm is led by Bob Beaudine, who has helped shape the leadership teams for the NBA, Major League Baseball, the PGATour, Arena Football, U.S. Olympics, NASCAR, Professional Bull Riders, Horse Racing, and Ultimate Fighting Championships. He was recently named to the board of directors for the Texas Rangers and is on the advisory board of directors for the College Football Assistance Fund and Southern Methodist University Cox School of Business.

“Bob Beaudine challenges you to think differently. His unique approach to life and business has helped elevate many careers,” said Roger Goodell, commissioner of the NFL.

The sports industry continues to be a growth area for executive search businesses. Many C-suite focused recruiting firms are now active in the sector and some specialize only in the sports field itself; these include Turnkey Search, Sports Recruitment International and Collegiate Sports Associates — all dedicated to providing sports-related executive search and leadership advisory services.

Check Out This Related Article on Eastman & Beaudine: