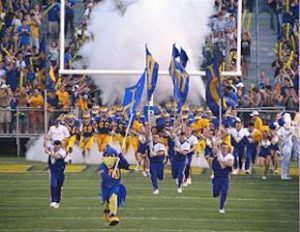 November 1, 2016 – The University of Delaware has retained Korn Ferry to lead its search for a new head football coach. The search is being led by Jed Hughes, vice chairman of Korn Ferry’s sports recruiting practice.

Dave Brock, who coached Delaware to a 19-22 record, was fired earlier in October. Co-defensive coordinator and defensive line coach Dennis Dottin-Carter will take over on an interim basis.

Mr. Brock had publicly stated since the end of last season that he felt his 2016 team was ready to end Delaware’s five-year absence from the FCS playoffs, Delaware’s longest postseason drought since the NCAA instituted national championship competition in its lower football divisions in 1973.

“After thorough consideration and assessment, we made the decision to change leadership of our football program,” said Christine Rawak, athletic director. “Ultimately, the hard work and effort off the field did not result in the success that we expect on the field. We wish Dave and his family the best.”

Korn Ferry’s highly developed sports practice is led by Mr. Hughes, who has distinguished himself as an expert in identifying, assessing, and developing leaders. His relationships within sports and intercollegiate athletics are extensive, having spent 20 years coaching in professional and intercollegiate football and working for five Hall of Fame coaches.

The firm’s sports practice has conducted a number of prominent searches in the field, including commissioner for the National Football League (NFL) as well as the CEO of the U.S. Olympic Committee. It has also been active filling head coaching and general manger roles for both professional and collegiate sports teams. Korn Ferry recently assisted the Cleveland Browns with the hiring of Hue Jackson as its new head coach as well as tapping Derek Falvey as executive vice president and chief baseball officer for the Minnesota Twins.