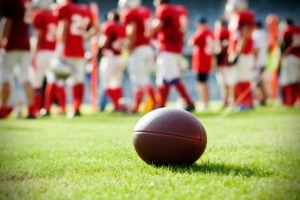 October 20, 2017 – Athletic directors are playing an increasingly vital role at colleges and universities across the country. With the expansion of athletic departments and, for the larger schools, the infusion of big dollars for sports, more schools have turned to search firms when such positions become open. Too much is at stake, they feel, to go it alone. What’s more, the AD job has come to demand greater business and management skills than the typical academic search.

Sports and entertainment recruitment firm Turnkey Search has placed Bill Moos as athletic director at the University of Nebraska. The firm was hired for a flat fee of $125,000.

“Nebraska has secured a proven winner in Bill Moos to lead Husker Athletics into a new era of excellence,” said chancellor Ronnie Green. “It was clear that Bill stood out in a very competitive, tremendously gifted pool of candidates, not only because of his proven ability to lead programs to greatness, but because of his reputation for integrity in building and leading those programs.”

“In discussing this opportunity with Bill, it was obvious he is ready to bring his tested brand of leadership to the Big Red,” Mr. Green said. “Throughout his distinguished career, he has exhibited a combination of passion, wisdom and an ability to bring people together in pursuit of a common goal. Those traits fit Nebraska like a glove.”

The chancellor said Mr. Moos rose to the top of a group of candidates that included several sitting athletic directors from Power 5 conference schools. Moos, he said, is a program-builder who forges enduring relationships with coaches, student-athletes, staff, supporters and fans.

Mr. Moos, whose official start date is Monday, has been director of athletics at Washington State since 2010. In his seven years with WSU, he secured a 10-year, $35 million marketing rights agreement with IMG College and led a $130 million addition and remodelling of the university’s football stadium. Mr. Moos led Oregon’s athletics from 1995 to 2007, helping the athletic department grow to national prominence. Before that, he spent five years as director of athletics at the University of Montana. 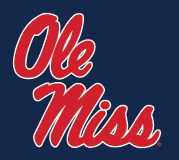 Ole Miss has retained Turnkey to assist with the hiring of a new head football coach following Hugh Freeze’s abrupt resignation. Founder, president and CEO Len Perna and managing director Gene DeFilippo are leading the assignment. “Those guys are connected in college athletics,” said Ole Miss athletic director Ross Bjork of Messers Perna and DeFilippo. “They’re connected in the pro sports world, obviously in the NFL world. We like their connections. We like searches they’ve … ”

Nebraska’s sports teams are nicknamed the Cornhuskers. The school’s 21 varsity teams compete in 14 sports and claim all or part of 23 national championships across five sports, including volleyball, football and gymnastics.

Established in 1996, Turnkey Search has conducted more than 1,000 executive recruiting placements across the landscape of the sports & entertainment industry. It recently completed executive searches for president of the new NHL expansion team in Las Vegas, CFO of the Atlanta Hawks, CRO of the Anaheim Ducks, CMO of the Cleveland Browns and Oakland Raiders, and it placed athletic directors at Michigan, Minnesota, Georgia Tech, Bowling Green and other Division I institutions.

Collegiate Sports Associates was recently retained by University of Texas at San Antonio (UTSA) to lead its search for a new athletic director. UTSA president Taylor Eighmy emphasized that the group’s goal should be “to identify an exceptional leader who is committed to the university’s advancement to excellence in academics, research, engagement and athletics.”