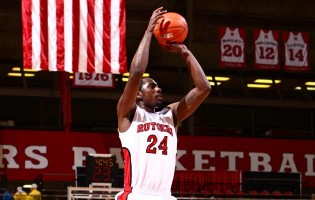 March 17, 2016 – Executive recruiter Eastman & Beaudine has been selected by Rutgers University to lead its search for a head basketball coach. Eddie Jordan has been dismissed after the team went 7-25 this season and won just one conference game.

This past December, Eastman & Beaudine placed Chris Ash as head football coach at Rutgers. The firm replaced Kyle Flood, who was fired after the team went 4-8 in a season marred by scandals off the field, including the arrests of several players.

Rutgers is no stranger to calling in executive search firms to help it identify talent. In 2012, Rutgers retained R. William Funk & Associates  to search for a president; Robert Barchi took the top post. The following year, the school tapped Parker Executive Search to find its athletic director; Julie Hermann took the job — but the search firm and Rutgers were criticized for failing to identify problems in Ms. Hermann’s previous jobs, including allegations that she was abusive toward players while a volleyball coach in the 1990s.

Eastman & Beaudine seems like a safe bet to represent Rutgers’ interests in the marketplace this time around. For over 40 years, the firm has been a leader in executive searches among sports, entertainment & business clients seeking direction, assessment and counsel to build their senior leadership teams.

The firm is led by Bob Beaudine, who helped shape the leadership teams for the NBA, Major League Baseball, the PGATour, Arena Football, the U.S. Olympics, NASCAR, Professional Bull Riders, Horse Racing, and Ultimate Fighting Championships. He was recently named to the board of directors for the Texas Rangers and he sits on the advisory board of directors for the College Football Assistance Fund and Southern Methodist University Cox School of Business.

Established in 1766, Rutgers is America’s eighth oldest institution of higher learning and one of the nation’s premier public research universities, educating more than 67,000 students and serving people throughout New Jersey. Rutgers is a member of the Big Ten Conference and its academic counterpart, the Committee on Institutional Cooperation – a consortium of 15 world-class research universities.

Check Out These Related Articles On Recruiting University Coaches: