Menu
View our Events
Stay Connected:
Athletic director searches are some of the most prolific assignments for recruitment firms in the sports sector. The latest AD placement: Korn Ferry fills this critical role for the University of Virginia. Let’s take a look at the search. 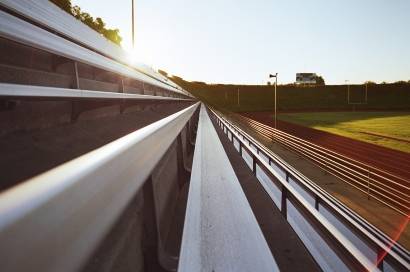 October 24, 2017 – Athletic directors are playing an increasingly vital role at colleges and universities across the country. With the expansion of athletic departments and, for the larger schools, the infusion of big dollars for sports, more schools have turned to search firms when such positions become open. Too much is at stake, they feel, to go it alone. What’s more, the AD job has come to demand greater business and management skills than the typical academic search.

Korn Ferry has placed Carla Williams as the director of athletics at the University of Virginia (UVA). She becomes the first female African-American AD at a Power Five conference school and is the fifth active female AD at that level. Craig Littlepage, the longest tenured athletic director in UVA history, is retiring after 16 years in the role.

Jed Hughes, a Korn Ferry vice chairman and global sports sector leader, led the assignment. In 2001, while working for Spencer Stuart, he conducted the search for UVA that led to Mr. Littlepage’s hiring.

“The University of Virginia is excited to welcome Carla Williams to lead our athletics department,” said president Teresa Sullivan. “Her experience as a successful student-athlete, coach, and senior administrator at the highest levels of Division I athletics is impressive. Equally impressive is her commitment to education and the academic pursuits of student-athletes. Carla will also be a dynamic contributor to the university and Charlottesville communities.”

Ms. Williams has the unique background of competing, coaching and administering at the highest levels of intercollegiate athletics. She was an All-SEC guard on the basketball court, then helped recruit and coach some of the greatest teams in Georgia’s history before moving on to become one of the highest-ranking female administrators in Division I athletics.

For the past 13 years, Ms. Williams has been an athletics administrator at the University of Georgia, most recently serving as the deputy director of athletics. During her tenure at Georgia, the school’s athletics teams won 16 NCAA team championships and 37 Southeastern Conference titles. Since 2011, she has helped to oversee $162 million in facility additions, upgrades and improvements for the UGA athletics program. She began her administrative career at Georgia in 2004. Prior to that, Ms. Williams was an assistant director of athletics at Vanderbilt.

“I think Carla is spectacular,” said University of Virginia president-elect Jim Ryan. “She is exceedingly well-prepared for this role, but more than that, she is fiercely committed to excellence in both athletics and academics and has a track record of success in both arenas. I cannot wait to work with Carla, a kindred spirit who sees leadership as a chance to serve those around her and to create the conditions for their success.”

Tony Bennett, UVA’s men’s basketball coach, said he looks forward to working with Ms. Williams. “Her vast experiences as a student-athlete, coach, and administrator at top Power Five schools are impressive,” he said. “The people I respect in the coaching profession who have worked under Carla could not have given her a better endorsement.”

Head football coach Bronco Mendenhall echoed those sentiments. “I am excited to partner with Carla Williams in building an exceptional football program and developing our student-athletes to their fullest potential,” he said.

“Academic achievement, athletic excellence, operating with integrity, a commitment to maximum effort at all times and a strong sense of teamwork and unity are the core principles that will guide our athletics department under my leadership,” said Ms. Williams. “My career progression is the result of a commitment to education. Athletics provided the opportunity for me to attend the University of Georgia as a first-generation college student and my advanced degrees enabled me to further my growth and develop my career as an athletics administrator.

The Virginia Cavaliers compete in the NCAA’s Division I, in the Atlantic Coast Conference (ACC) for all sports. Virginia has won 18 NCAA national championships in men’s sports, the best in the ACC. The athletic program also has seven NCAA national titles in women’s sports for an overall total of 25 NCAA titles, second in the ACC.

Korn Ferry’s sports practice is led by Mr. Hughes, who is renowned for identifying, assessing and developing leaders for sports organizations. His relationships within sports and intercollegiate athletics are extensive, having spent 20 years coaching in professional and intercollegiate football and working for five Hall of Fame coaches. Jason Belzer of Forbes has called Mr. Hughes the most valuable connector of the sports industry.

Mr. Hughes is the subject of a soon-to-be-released special edition of ESR focused on the sports & entertainment sector.

Check Out These Articles On Search for Athletic Directors: