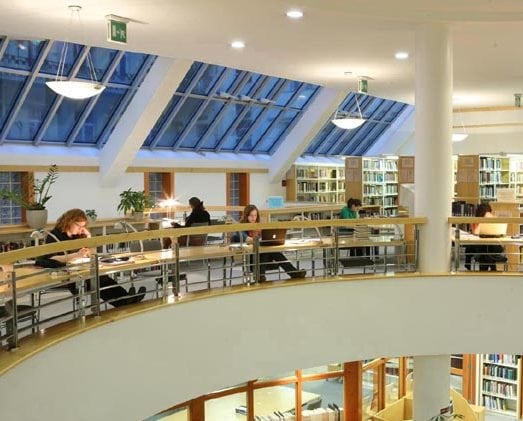 July 18, 2016 – Executive search firm Isaacson, Miller has recruited Dr. Michael Ignatieff as the fifth president of Central European University (CEU). He replaces John Shattuck who was also placed into position by the recruiting firm eight years ago. Chairman John Isaacson led the search with senior associate Katie Rockman. The University, according to documents, had been seeking candidates with intellectual gravitas, diplomatic acumen, moral fortitude, and a global perspective.

Dr. Ignatieff, an award-winning writer, teacher, former politician, and historian with a deep knowledge of Central and Eastern Europe, seems well placed to lead the university following the growth and progress CEU has enjoyed under the leadership of Mr. Shattuck. He is the Edward R. Murrow professor of press, politics, and public policy at Harvard University’s John F. Kennedy School of Government. In addition, he is an international commentator on contemporary issues of democracy, human rights, and governance.

Dr. Ignatieff was selected and recommended by a search committee, headed by CEU trustee Jonathan Cole — the former provost of Columbia University, in an intensive process involving the review of over 150 sources and candidates. “He is an exceptionally well known public intellectual and academic, with a long history of advocacy for international human rights,” said Mr. Isaacson. “His themes and commitments fit excellently with the mission of CEU.”

“A man with a depth and range of intellect, Michael Ignatieff represents an ideal new president and rector of CEU,” said Mr. Cole. “His concern with the core values of an open society, his past writing on these ideas and many other subjects, along with his knowledge of academic friends and acquaintances, will make him a worthy successor and will help take CEU to a new level of excellence.”

CEU is a privately endowed graduate university that has developed a distinct academic and intellectual focus, combining the comparative study of the region’s historical, cultural, and social diversity with a global perspective on good governance, sustainable development, and social transformation. It has 1,400 students and 370 faculty members from more than 130 countries.

“I am delighted with the choice of Michael Ignatieff to succeed John Shattuck, under whose leadership CEU has grown into a unique global institution,” said George Soros, CEU founder and honorary chairman, who founded CEU in 1991 as a graduate institution with a clear mission to study and promote the principles of open society and democracy. “Dr. Ignatieff is a scholar and policy practitioner and as such is ideally suited to lead CEU in these challenging times.”

Mr. Soros, one of the 30 richest people in the world, was born in Budapest in 1930 to a family of modest means. While his present day funding efforts promote non-violent democratization in Central and Eastern Europe, including providing a massive endowment to Budapest-based Central European University, Mr. Soros’ philanthropic activities started nearly 50 years ago when he began providing funds to help black students attend the University of Cape Town in apartheid South Africa.

“We did this search eight years ago and that hire is retiring, so we returned to the role,” said Mr. Isaacson. “I think the original assignment back then was a harder search,” he added. “The university was considerably less well-established. It now has a far more prominent role in the social sciences globally and so we have been able to attract a strong candidate pool.” He said people from the humanities or the social sciences, especially those who have done scholarly work on the underpinnings of democratic and autocratic regimes or who have studied their transitions, were most sought after in the vetting press.

CEU was founded to educate young people from all over the world, said Mr. Isaacson, “to work for the ideals of an open society, whether in business, government or civil society.” The university, he added, “has a very fine and very international faculty and their research approaches the same issues across the wide range of humanities and social sciences.”

To that end, he said, Mr. Soros’ “commitment to the ideals of an ‘open society’ is both an explicit philosophical commitment and the practical engine of his philanthropy.”

In this search, the board turned to Robert Soros, the philanthropist’s eldest son, as a representative of the family on this assignment. In the prior search that placed Mr. Shattuck, the elder Mr. Soros was involved. “He still, is, however, a member of the board and very actively engaged,” said Mr. Isaacson.

Check Out These Related Articles On the Search for Higher Educational Leadership: