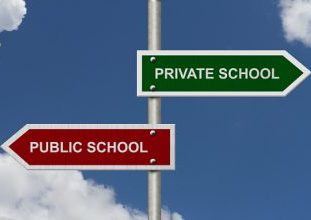 June 28, 2016 – Executive search firm Brigham Hill Consultancy has placed Dr. Sarah Pelmas as head of the Winsor School, a top 50 girls’ college prep school based in Boston. She succeeds Rachel Friis Stettler, who retired this month after 12 years of service in the position. The search was led by Brigham Hill founder Linc Eldredge and consultant Jessica Cockrell, and included input from Winsor’s entire faculty and staff as well as parent, alumnae and student advisory committees.

Dr. Pelmas, current associate head and head of the upper school at the National Cathedral School in Washington, D.C., was selected over “an immensely impressive field of candidates,” said Winsor board chair Allison Kaneb Pellegrino. Dr. Pelmas will become only the eighth head at Winsor, an independent day school founded in 1886. In an unusual twist, with the departure of its upper school leader, National Cathedral School has itself turned to Brigham Hill to replace the position the search firm made vacant.

An Unusual, But Lucrative, Concentration

“An accomplished educator and superb leader, Dr. Pelmas will join Winsor at a historic moment, with our school healthy and thriving by every measure,” said Ms. Kaneb Pellegrino. “We look forward with full confidence that Dr. Pelmas and our school will flourish in the years ahead as she builds on the leadership of the strong, visionary women who have guided us since our founding.” The position is the equivalent of a college president, executive director or CEO for private education institutions.

Linc Eldredge, Brigham Hill’s president, has a long history recruiting in the non-profit sector. He served as an executive search consultant for 18 years with Heidrick & Struggles, Ward Howell, and LAI Worldwide. Following are some excerpts from a recent discussion with Mr. Eldredge on the nuances of recruiting private school leadership:

Independent schools can be quite complex organizations in terms of their funding, governance, and cultures. In many cases, they have substantial endowments and relatively large budgets and, accordingly, although they should not be run like a business per se, they must be run in a businesslike way while keeping in mind that the most important ‘bottom line’ is mission delivery. So when it comes time to do a search for a head of school, candidates typically (though not always) are grounded in the classroom and have a profound understanding of the mission of independent education. But they must also have the skills, knowledge, leadership and management acumen to guide an organization in which constituents of all sorts have a sense of ownership and commitment. In our experience, by far most candidates come from the independent school world itself. In the majority of cases they originally wanted to be a teacher, coach, and advisor to young people, but over time their aptitudes and leadership potential were identified and nurtured by school heads or other administrators who mentored them and gave them a variety of positions to prepare them for headships.

Do these leaders most often come from other independent schools or are candidates found from other areas of education?

On some occasions, search committees look beyond the independent school world in top public school systems, small liberal arts colleges, ‘educational campuses’ such as science museums, and even in the business world. I would point out, however, that hiring people from non-independent school backgrounds such as these is more common in large schools that can adopt a president / provost model whereby the head of school can focus on strategy, fundraising, and relationships with key constituents, while delegating much of the day-to-day academic responsibility to a highly qualified educational administrator.

Take us inside the search process for the head of school at Winsor.

The board appointed a search committee, which met with several search firms. Brigham Hill was retained to conduct the search and spent several days on campus to gather information and, more importantly, impressions about Winsor’s heritage, culture, value system, institutional aspirations, and strategic direction. We then drafted a profile of the position and ideal qualities sought in the new head and submitted it to the search committee, which undertook edits to be sure that key facts and issues were covered and also that the document portrayed the ‘voice’ of the school.

What specifically was this school looking for in its incoming leader?

Among the characteristics sought was a clear preference for someone with head or senior administrative experience in independent schools, although Winsor was also open to candidates from higher education. In addition, because of the school’s strong academic character, it was important that the person be both well-educated and have a firm understanding of current trends in pedagogy, particularly with respect to girls’ education. A strong personal presence was important because of both Winsor’s prominence in Boston and the unique, highly relational cultures of independent schools, which tend to value approachability, accessibility and the visibility of the head as important to the sustenance of a school community’s life. Other attributes included a successful track record in line management within an independent school, a well-developed sense of organizational dynamics and institutional strategies, and sufficient knowledge of administrative processes that are fundamental to a successful headship. Finally, and by no means least, the successful candidate would need to be a person with vision with a willingness to think boldly and take prudent risks when appropriate, all while protecting the school’s underlying culture and commitment to girls’ education.

How did the search for Winsor conclude?

As we concluded our interview process, we presented candidate reports to Winsor and met with the search committee to determine whom they wanted to invite to meet for semifinalist interviews. Six individuals had extensive interviews with the committee and three of those people were invited as finalists to meet additional members of the Winsor community – such as faculty, parents, senior administrators, and trustees. The search committee then made its recommendation to the board and the announcement of the new head of school was made. I suppose there’s no such thing as a textbook search, as each engagement is inherently unique, but the timeline of this project was quite typical. What is slightly different with this particular search is that our consultants were in contact with 88 sources, they then identified 43 prospective candidates, and personally interviewed 16 of those people. From there, as noted above, we recommended six semifinalists to Winsor.

Check Out These Related Articles On The Education Sector: