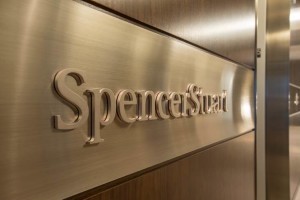 December 21, 2015 – Spencer Stuart has recruited Ronald D. Liebowitz as the ninth president of Brandeis University. The former president of Middlebury College, Mr. Liebowitz will begin his leadership role at Brandeis in July. He will succeed Lisa M. Lynch, the Maurice B. Hexter professor of social and economic policy, who has served as Brandeis’ interim president since July 2015.

“We are thrilled to welcome Ron to our community,” said Perry M. Traquina, chair of Brandeis’ board of trustees. “He is a proven visionary and leader who helped a great institution scale even greater heights and deftly managed it through challenging times. Brandeis will benefit so much from his exceptional experience and passion.”

Mr. Liebowitz enjoyed a 31-year career on the Middlebury faculty as a professor of geography, including seven years as provost. He served as president for 11 years, from 2004 until June 2015.

The naming of Mr. Liebowitz as president concludes a search that began this past spring. A search committee representing trustees, faculty, alumni and students led the effort to gather input and identify potential candidates.

Founded in 1948, Brandeis University is a private research university with a liberal arts focus. It is located in Waltham, MA, and has an enrollment of approximately 3,600 undergraduate and 2,200 graduate students.

Check Out These Related Academia Searches: