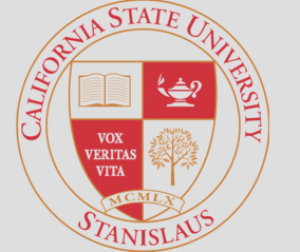 June 10, 2016 – Isaacson, Miller has recruited Ellen N. Junn Ph.D. as president of California State University, Stanislaus. This marks the fifth woman the firm has placed to lead a campus in the largest university system in the nation. Cal State now has 11 women serving as presidents, more than at any time in the system’s history. David Bellshaw led the search for Isaacson, Miller.

Dr. Junn becomes the campus’ 11th president following president Joseph F. Sheley who retires at the end of this month. She is currently the provost and vice president for academic affairs for California State University, Dominguez Hills.

“As a higher education veteran who has held leadership positions at multiple CSU campuses, Dr. Junn is an accomplished and visionary leader who understands the importance of partnering with faculty, the campus community and external stakeholders to bolster educational opportunities for students,” said CSU trustee Hugo N. Morales, who chaired the trustees’ committee for the selection of the president. “She has a long history of always putting students first, and has expertise in working to increase academic achievement among students from underserved communities. She is skilled at connecting campus, organizational and political leaders to higher education.”

In addition to recruiting Dr. Junn, Isaacson, Miller has placed women presidents at four other schools within the Cal State system. They include:

All of these searches for Cal State were led by Mr. Bellshaw with the exception of the Sonoma State assignment, which was handled by Deborah Hodson.

“The learning from working with the leadership of the California State University System is that diverse search committees lead to diverse candidate pools which leads to diverse hires. It’s the whole search ecosystem,” said Mr. Bellshaw. “You don’t get great results like this unless you attend to diversity in each component of the search process.” He said that it also helps to work with a client who is committed to diversity from top to bottom.

“These are truly exceptional individuals who will ensure that the opportunity of a world class public university education continues for the next generation of Californians,” Mr. Bellshaw added. “Our placements were as compelled by the mission of the CSU System as we were about their exceptional leadership ability and experience.”

California State University is the largest system of senior higher education in the country, with 23 campuses, 47,000 faculty and staff and more than 470,000 students. Created in 1960, the mission of the CSU is to provide high quality, affordable education to meet the ever changing needs of California. Each year, the CSU awards more than 100,000 degrees.