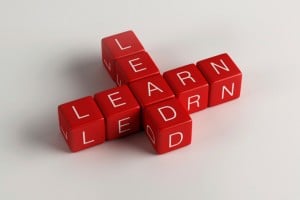 April 18, 2016 – Georgia-based executive search firm Myers McRae has been retained by Northwest Florida State College to lead its search for a new president.

Dr. Ty Handy finishes his tenure as president at the end of 2015. Dr. Sasha Jarrell, vice president of academic affairs, is serving as interim president.

The trustees approved a new 18-member selection committee and will pay Myers McRae a base fee of $61,500 to conduct the search.

“We are conducting a national search,” said Brian Pennington, chairman of the board of trustees. “We don’t have a particular candidate in mind. It will take some time.”

“The college has spent several years developing new baccalaureate programs,” Mr. Pennington said. “We want a candidate that is progressive in that regard.” Mr. Pennington said the search committee’s first priority is to pull a timeline together. “Time is of the essence,” he said.

Located in the coastal heart of the Florida panhandle, Northwest Florida State College has earned a reputation for educational excellence and community involvement. As part of Florida’s public system of 28 state and community colleges, NWF State College offers bachelor’s degree programs, associate degrees, and certificates. The college’s primary service district stretches from the Gulf of Mexico to the Alabama state line.

Myers McRae is an executive search firm serving colleges, universities, independent schools, and other not-for-profit institutions. Nearly all of its search professionals have a minimum of 20 years of experience in higher education.

The majority of the firm’s searches are for presidents, chancellors, provosts, vice presidents, deans, and other senior academic and administrative leaders. Since 2009, Myers McRae has conducted more than 20 presidential searches. Emily Parker Myers serves as chief executive officer of the firm.

Myers McRae just recently appointed Alan G. Medders Ph.D. as its new president. Dr. Medders has had a distinguished career in higher education and foundation administration, fundraising, planned giving, marketing, communications, and fiduciary and asset management. His understanding of the demands placed on academic and administrative leaders and the complexities of higher education institutions have allowed him to guide and counsel committees during various search processes. Most recently, he was with Columbus State University (CSU) in Georgia where he served as vice president for university advancement and executive director of the CSU Foundation.