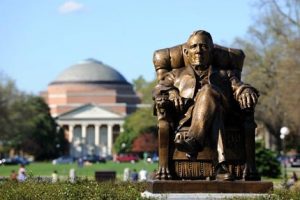 May 20, 2016 – In what is turning into a rapid wave of transition at top universities around the country, Isaacson, Miller has been chosen by Duke University to find its 10th president. Current president Richard H. Brodhead is stepping down in 2017 after 13 years. The search firm’s president, John Isaacson, is personally spearheading the assignment along with vice president Jane Gruenebaum, and principal John Muckle.

A 19-member search committee comprising Duke trustees, faculty, students, administrators and alumni has been appointed by the college’s board of trustees to assist in identifying its next leader. The committee will be led by Jack O. Bovender Jr., vice chair of the Duke board of trustees.

“The committee’s initial task will be to listen and learn, first by connecting with our many stakeholders, and then by reviewing the opportunities and challenges that Duke, and higher education, will face in the future,” said David Rubenstein, trustee chair. “This process will be an open and candid one in which input will be invited from all members of the Duke community about the most important attributes of the new president. This will, in turn, inform the development of a position profile and the recruitment of candidates.” Duke is the seventh wealthiest private university in America and currently enrolls nearly 15,000 students.

The committee’s goal is to undertake “an inclusive global search for an individual who can build on the strengths that have made Duke University one of the preeminent institutions of education, research, public service and patient care, and lead us to a new level of excellence,” he said.

A Search Firm’s History of Serving Duke, and Other Top Universities

“Duke has emerged, over the last two generations, to become one of the country’s finest research universities,” said Mr. Isaacson. “It has been exceptionally well led and has developed a distinctive undergraduate education and an eminent research profile. We’ve had the privilege of serving Duke on other key searches and we’re honored to be entrusted with helping them find their next president.”

Isaacson, Miller does, indeed, have a history of working with Duke. Over the past five years the firm has filled a number of important leadership posts at the school, including provost; president of the Duke University Health System; dean of the Nicholas School of the Environment; dean of the its School of Medicine; and dean of Trinity College of Arts & Sciences.

“Isaacson, Miller is one of the premier search firms in the country,” said Michael Schoenfeld, VP of public affairs and government relations at Duke. “They have done great work for Duke in the past and will work closely with the search committee and the board on this important process.”

Isaacson, Miller has been rounding up university presidents almost non-stop, marking one of the most active periods in the firm’s history. It has filled top leadership posts at Wellesley College, Washington State University, Miami University, Howard University, Bowdoin College, NYU, Virginia State University, and the University of North Carolina. The firm was just retained by Western Kentucky University (WKU) to find its next president. Vice presidents Mike Baer and Dan Rodas will be heading that assignment.

Of course, they’re not alone. In the lone star state, Diversified Search just wrapped up a major search for Texas Southern University, placing Dr. Austin A. Lane as its 12th president. Dr. Lane previously managed seven campuses in the Lone Star System, with the smallest one educating 10,000 students. He succeeds Dr. John Rudley, who announced in December his retirement as president at the end of this 2016 after nine years at the helm. Managing directors Dr. Charles Taylor and Euris Belle led the search.

Diversified’s search included the coordination of several forums and town hall type meetings with students, faculty, staff, alumni, community individuals and administrators early in the process to gather input on the characteristics of required for Texas Southern’s incoming president.

What helped to enhance the search firm’s successful efforts was the fact that its lead recruiting consultant, Dr. Taylor, is a former college president and college trustee. “He fully understands the landscape in higher education today,” said Diversified Search CEO Dale Jones. “In addition, he and his team have 20 years of experience as search consultants in higher education.”

Dr. Taylor, past president of Morris Brown College and Wilberforce University, has completed more than 125 search assignments in the academic, corporate and non-profit arenas. He has recently filled the president posts for Morehouse College, Lincoln University and Madison Technical College.

Not to be Outdone

And last, but certainly not least, Florida Gulf Coast University has picked Witt/Kieffer to lead its search for a new president. Greenwood / Asher and Associates, Parker Executive Search, R. William Funk, as well as Myers McRae Executive Search were all in the running to land this coveted assignment.

“It is no wonder that universities and institutions of higher learning are turning to executive search firms in droves to fill their top roles,” said Mr. Jones. At a time with many academic leaders are retiring or leaving to pursue other interests, he said, competition to replace them is intense. “Recruiters have the requisite skills to manage a process that at times can be unwieldy, but more importantly they can help to expand a university’s reach and use their well honed assessment skills to find the very best leaders in and out of higher education.”