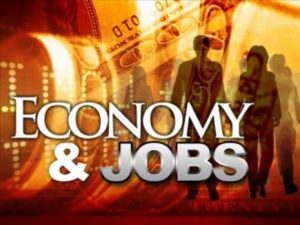 Economists surveyed by Reuters said they were, on average, expecting nonfarm payrolls to show growth of 175,000 for June, and the unemployment rate to rise to 4.8 percent.

This report follows the addition of only added 38,000 jobs in May and an unemployment rate of 4.7 percent. This marked the fewest number of jobs created in more than five year.

“The economy added 287,000 jobs in June, a bounce-back from May’s low number and a clear indication that the economy continues to make solid progress,” White House council of economic advisers chairman Jason Furman said in a statement.

During the month, job growth occurred in leisure and hospitality, healthcare and social assistance, as well as financial services. Job losses continued within the mining sector.

Here’s a closer look at some of the primary sectors involved:

The report follows moderate hiring plans from employers throughout the U.S. According to the latest Manpower Employment Outlook Survey, 23 percent of employers anticipate increasing staff levels during the third quarter.

Other studies have been equally optimistic, no matter what else seems to be happening on the American political scene or over in the U.K., following the country’s vote to cut trading ties with the European Union.

Eighty-four percent of HR leaders in the U.S. say they are hiring for full-time positions, according to the recent report by recruiting services company LaSalle Network. The survey also found that 70 percent of respondents feel optimistic about the economy for the remainder of 2016. Leaders within the healthcare, technology, and education industries were more optimistic about their hiring plans.

And with companies expecting to hire, employees have their eyes set on new positions. Twenty one percent of workers plan to look for new jobs, according to a study released by Penna. Forty eight percent of people claimed the main reason for the change was that they were searching for better pay and benefits. Another 44 percent said it was down to the promise of greater development opportunities, while 32 percent said they were simply looking for a change in career direction. Penna’s survey found that employees aged 18 to 24 were the most likely to be planning a move this year, while 25 percent of those aged 25 to 34 are considering leaving their posts.