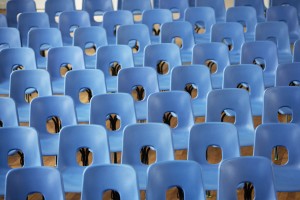 February 18, 2016 – Baker and Associates, LLC has recruited Troy D. Paino as the 10th president of the University of Mary Washington in Virginia. Rick Hurley, who has served as the University’s president since 2010, said he will retire in June. The search was led by senior vice president Martin Baker.

Mr. Paino is currently president of Truman State University, a post he has held since 2010. Previously, he was Truman State’s provost and vice president for academic affairs. He also served as dean of Winona State University’s College of Liberal Arts in Minnesota. In addition, he serves on the board of directors of the American Association of State Colleges and Universities (AASCU), and he is a member of the Association of American Colleges and Universities (AAC&U) President’s Trust for Liberal Education and America’s Promise (LEAP).

“Troy Paino is a highly distinguished national leader who has taken an active role in speaking and writing about the future of higher education,” said Holly Cuellar, rector for the University of Mary Washington’s Board of Visitors. “His values resonate perfectly with Mary Washington’s fundamental principles of academic excellence and social uplift.”

“Martin Baker brings a combined passion for liberal arts education and the extensive experience necessary to conduct an innovative and strategic executive search,” said Rector Cuellar. “The search was national in scope and every effort was made to cultivate a rich pool of exceptionally well-qualified candidates for consideration.”

The firm has conducted a number of searches within Virginia, including those at Longwood University, James Madison University, the University of Virginia and Christopher Newport University. Last year, Baker and Associates assisted with the recruitment of the new dean of the Honors College at Virginia Commonwealth University and earlier this year completed the search to recruit acnew director of institutional equity at VCU.

The University of Mary Washington is a public university that focuses on undergraduate education in the liberal arts. The core of its main campus of roughly 4,000 mostly residential students in Fredericksburg is the College of Arts and Sciences, which offers degrees in various liberal arts disciplines.

Baker and Associates was established in 2007 and focuses on executive searches in the academic, health sciences and not-for-profit sectors.

Check Out These Related Articles On Higher Education Recruiting: