Stay Connected:
In a year that dazzled with intriguing searches across all industries, Hunt Scanlon took on the challenge of finding the Top 10. In a bountiful year, we picked the best of the best search assignments. Let’s take a look back at a remarkable year for recruiters. 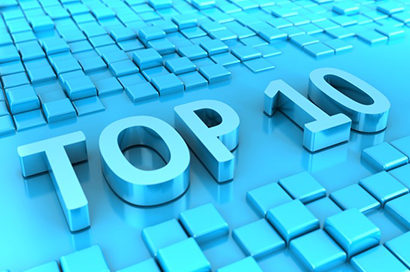 December 18, 2018 – With 2018 drawing to a close, we looked back through our archives over what was by all accounts a remarkable year for first-rate search assignments. Hunt Scanlon Media tracked hundreds of them. From CEO placements to those covering the bandwidth of the C-suite, our editorial team gleaned the best from every industry sector and functional discipline to create this year’s 10 most interesting list.

For search firms of every kind, it was a prosperous year. Important assignments for renowned clients are always a plus. But the variety of searches for such an impressive array of organizations speaks volumes about the recruitment industry’s impact on businesses, non-profits, educational institutions, sports organizations and government agencies of all kinds.

The big firms brought their reputations and sizable teams to the fore. Korn Ferry, for one, was retained to search for the successor to Les Moonves, who stepped down as CEO at CBS after accusations of sexual misconduct. Gannett Co. commenced the hunt for a successor to retiring president and CEO Robert Dickey by calling in Egon Zehnder. And Spencer Stuart found the new CEO for the U.S. Olympic Committee.

The boutiques, however, won a significant number of assignments that not long ago would have gone to the Big Five. Lacking so many of the potential conflicts of interest that the big firms carry, not to mention a nimbleness that the bigger firms find hard to match, the boutiques won numerous impressive assignments this year. Phillips Oppenheim placed the new director of the Metropolitan Museum of Art. Isaacson Miller found the new director for the JFK Presidential Library and Museum. Hanold Associates was given the mission of identifying the next CHRO at Under Armour. And CarterBaldwin landed the new president of the Heritage Foundation.

All this is to say nothing of some other high-profile assignments: DHR International, for example, found the new executive director for the Miami City Ballet. Diversified Search placed the president and CEO for the Federal Reserve Bank of San Francisco. And Turnkey Search recruited the new team president for the Carolina Panthers.

While it is nearly impossible to pick just 10 of the most interesting search assignments over a full year – we tracked hundreds of them – that’s exactly what we’ve tried to do here. So, in case you missed any of these stories during the course of a very busy year, or if you’d like to reread what are likely some of your own favorites, here are our 10 best picks for 2018. Happy reading . . . and Happy New Year from Hunt Scanlon Media!

Gannett Co. has initiated a succession process to find a successor to president and CEO Robert Dickey, who recently informed its board of directors that he intends to retire. The company engaged Egon Zehnder to assist in evaluating both internal and external candidates for the role. “Succession planning is one of a board’s greatest duties, and we are embarking on a deliberate and thoughtful process to identify the next chief executive of Gannett,” said J. Jeffry Louis, chairman. “We will seek candidates who will support our culture and bring the skills, experience and integrity needed to ensure Gannett remains a news and digital marketing services leader.”

Turnkey Search, a subsidiary of Turnkey Sports & Entertainment, placed Tom Glick as the new team president for the Carolina Panthers. Following the resignation of Danny Morrison, the professional football organization has operated without a team president for nearly a year and a half. Leading the search was Len Perna, Turnkey’s president, founder and CEO. Mr. Glick has more than 25 years of experience in sports management, having worked in baseball, basketball, hockey and soccer in both the U.S. and the U.K. For the past six years, Mr. Glick has been instrumental in the development of City Football Group.

Diversified Search placed Mary C. Daly as the 13th president and CEO of the Federal Reserve Bank of San Francisco. Dale E. Jones, the recruitment firm’s president and CEO, led the assignment along with board practice head Veronica Biggins. Ms. Daly, who is openly gay, will become the third woman among the 12 presidents of the Fed’s regional banks. Diversified Search cast a wide net and developed a pipeline of qualified candidates from a broad, diverse candidate pool. The search committee also reached out to more than 4,000 stakeholders, including community and business leaders, government officials, nonprofit and labor leaders, academics and members of the San Francisco Fed’s branch boards of directors and advisory councils.

Boutique executive search firm Phillips Oppenheim placed Max Hollein as the director of the Metropolitan Museum of Art. Principal Sarah James and partner Becky Klein led the assignment. Mr. Hollein “is an innovative and inspiring museum leader and has a proven record of building collections and organizing outstanding exhibitions,” said Daniel Brodsky, chairman of the museum’s board of trustees. “His knowledge of and passion for art is expansive, and we have great confidence that he will develop a shared vision and a strong collaboration with our extraordinary curators, conservators, program leaders and supporters.” Mr. Hollein previously led the Fine Arts Museums of San Francisco.

Hanold Associates was retained by Under Armour to help find its next CHRO. Jason Hanold, CEO and co-managing partner of the search firm, is leading the assignment along with partners Katie Wolf and Katrina Prospero. “This is a critical transformational leadership role, partnering directly with founder and CEO Kevin Plank,” said Mr. Hanold. “It requires deep operational and build capability from a fearless, fast-moving and high-energy current-sitting CHRO, COO or divisional CEO.” Under Armour wants a pragmatic, business-oriented leader and strategic partner who demonstrates high intellect and strong business acumen in consumer-centric organizations. “This person may not be a traditional HR officer,” the search firm said. “They should have financial analytic capabilities and perspectives on the business beyond people.”

CBS retained the services of Korn Ferry as it began its search for a new CEO to replace Les Moonves following sexual misconduct allegations. Joe Ianniello, the company’s chief operating officer, assumed the role of president and acting CEO. The search was expected to take four to six weeks to produce a new leader. The media giant held preliminary discussions with Korn Ferry, Heidrick & Struggles and Spencer Stuart, according to sources, for the coveted assignment which is now one of the most watched succession dramas playing out in the #MeToo era.

Isaacson, Miller placed Alan Price as the new director of the John F. Kennedy Presidential Library and Museum. The library’s honorary president, former U.S. ambassador Caroline Kennedy, says Mr. Price’s experience will bring new energy and vision to the library. Mr. Price is a former Obama administration appointee who previously led Harvard Business School’s Global Leadership Institute. One of the 14 presidential libraries administered by the National Archives and Records Administration, the JFK Library and Museum serves as the nation’s memorial to President Kennedy – sharing the story of his life, times and legacy. It is dedicated to the memory of the country’s 35th president.

Spencer Stuart recruited Sarah Hirshland as the 12th CEO of the United States Olympic Committee (USOC) in Colorado Springs, CO. She brings a unique and proven set of skills and experiences to the USOC at a time of transformation and change for the organization. “Sarah brings a wealth of sports business experience and a unique perspective to the USOC at a transformative time in its history,” said Max Cobb, chair of the USOC National Governing Bodies Council. Ms. Hirshland previously served as chief commercial officer for the United States Golf Association.

Following an extensive, six-month international search, James Abruzzo of DHR International recruited Chicago’s Auditorium Theatre CEO Tania Castroverde Moskalenko as the new executive director of the Miami City Ballet. “Miami City Ballet needed someone with extraordinary, proven arts leadership capabilities who could also be sensitive to the bifurcated nature of an arts organization; both the artistic director and the executive director report to the board chair,” said Mr. Abruzzo. “This requires someone, the executive, with a deep understanding of ballet, of what the artistic director needs to be successful, and at the same time, the ability to manage a complex organization that usually spends more than it earns.”

After an extensive search, CarterBaldwin Executive Search placed Kay Coles James as the first African-American president of the Heritage Foundation, a renowned conservative think tank. She becomes the sixth president in the group’s 44-year history. The assignment was conducted by CarterBaldwin founding partner Price Harding and associate partner Andrea McDaniel Smith. Ms. James, a member of Heritage’s board of trustees since 2005, has a wealth of experience in public policy, having served as a leader in government, academia and the conservative movement during her 30-year career.

Check Out These Other Top Searches From 2018: