Menu
View our Events
Stay Connected:
After an extensive nationwide search, Mary Daly wins the top job as head of the San Francisco Fed, where she led the research department. More than 283 prospective candidates were considered. Let’s go inside this latest search.

Effective Oct. 1, Ms. Daly will replace outgoing CEO John C. Williams who recently left the organization to become president and CEO of the Federal Reserve Bank of New York, one of the most high-profile positions in the U.S. Federal Reserve System. Recruitment firms Spencer Stuart and Bridge Partners led that assignment.

“After an extensive national search that involved meeting and interviewing multiple individuals from a diverse pool of qualified candidates, all of us on the San Francisco Fed’s board of directors are confident that Mary Daly is the ideal choice to become the next president and CEO of the Federal Reserve Bank of San Francisco,” said Alex Mehran, chairman of the board of directors for the Federal Reserve Bank of San Francisco and chairman of the board’s presidential search committee. “In addition to her profound knowledge of economics and monetary policy, Mary is one of our nation’s leading authorities on labor market dynamics.”

Mr. Mehran said Ms. Daly’s research in this area reflects her commitment to understanding the impacts of monetary and fiscal policy on communities and businesses at a local, regional and national level. “The Federal Reserve System will be well-served by adding Mary Daly’s expertise and voice to the Federal Open Market Committee’s deliberations, and the Twelfth District will benefit from her increased involvement with the diverse constituents in our district,” he said.

Ms. Daly brings an inspiring story to her new role. A story in The New York Times told of how she dropped out of high school when she was 15 years old and had been working in a doughnut shop and at a local Target store. At the urging of a friend, Ms. Daly earned her general education diploma, then went on to success at the University of Missouri-Kansas City as well as Syracuse University, where she earned her doctorate, before joining the Fed in 1996.

Ms. Daly, who is openly gay, will become the third woman among the 12 presidents of the Fed’s regional banks. As a senior executive at the San Francisco Fed, she has been a leading voice for addressing what she has described as a diversity crisis in the economics profession and at the Federal Reserve. At the San Francisco Fed, she pushed successfully to balance the hiring of male and female research assistants. Now, Ms. Daly is expected to be a strong voice for diversity within the Federal Reserve System.

The search for a new president and CEO was launched in May with the formation of a presidential search committee comprised of four members of the San Francisco Fed’s head office board of directors. The search committee included Mr. Mehran, chairman and CEO of Sunset Development Co.; Tamara Lundgren, president, CEO and director of Schnitzer Steel Industries Inc.; Barry Meyer, retired chairman and CEO of Warner Bros. Entertainment and founder and chairman of North Ten Mile Associates; and, Rosemary Turner, president of UPS Northern California. 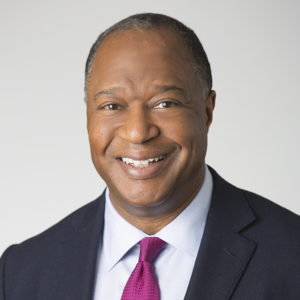 Diversified Search casted a wide net and developed a pipeline of qualified candidates from a broad, diverse candidate pool. The search committee also reached out to more than 4,000 stakeholders, including community and business leaders, government officials, nonprofit and labor leaders, academics and members of the San Francisco Fed’s branch boards of directors and advisory councils to solicit input on professional skills, capabilities and leadership attributes most desirable in a Federal Reserve Bank president. The search committee also solicited the names of qualified candidates for the role during this phase of the search.

In late spring and early summer, Diversified Search and search committee members contacted 283 prospective candidates to assess their qualifications and gauge their interest in the position. Of this pool, about 48 percent came from the private sector, 31 percent from academia, nine percent from the non-profit sector, eight percent from within the Federal Reserve System and four percent from government. This candidate pool was 33 percent female, and 33 percent of candidates were from a minority background. During July and August, Diversified Search helped the search committee screen and focus its efforts on interviewing the most qualified individuals from the candidate pool based on the position’s qualifications leading to the search committee’s final determination.

Ms. Daly is also a recognized leader within the Federal Reserve System, serving as executive chair of the system’s committee on research management, and is a past chair of the economic advisory group for the system’s committee on compensation and benefits. In addition, Ms. Daly has served on the advisory boards of the Congressional Budget Office, the Social Security Administration, the Office of Rehabilitation Research and Training, the Institute of Medicine and the Library of Congress.

The Federal Reserve Bank of San Francisco is one of 12 regional reserve banks that, with the Federal Reserve board of governors in Washington, D.C., constitute the nation’s central bank. The bank employs approximately 1,700 people in San Francisco, at its branches and cash processing centers spread across five states. Its 2018 budget is $390 million.

Headquartered in Philadelphia, Diversified Search is the largest U.S. female owned and founded firm in the executive recruitment industry. It has offices in Atlanta, Chicago, Cleveland, Los Angeles, Miami, New York, San Francisco and Washington, D.C. Diversified is the U.S. partner of AltoPartners, an international alliance of 58 independent executive search firms that spans 35 countries across the Americas, Europe, the Middle East, Africa and Asia Pacific.

Based in the search firm’s Atlanta office, Ms. Biggins brings more than 15 years of search experience to Diversified Search, including several years working in the White House. She has served as assistant to the President of the United States and director of presidential personnel under Bill Clinton, a role that involved selecting and hiring all political appointees within the federal government. She worked directly with the President on appointments at all levels of the administration, including the placement of agency heads, ambassadors and members of presidential boards and commissions.