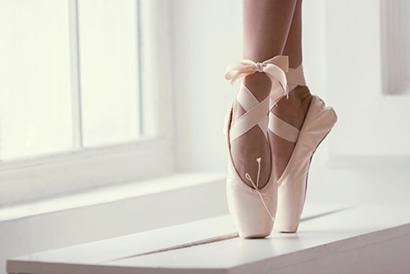 “It is a ballet company chair’s dream to lead an organization with top talent, leadership, and vision in both the artistic and administrative realms,” said Kristi Jernigan , chair of the board of trustees of Miami City Ballet. “With the arrival of Tania Castroverde Moskalenko, in partnership with our artistic director, Lourdes Lopez, we indeed have the ‘dream team.’”

“Tania will build an even stronger infrastructure that will enable Lourdes and our dancers to continue the artistic vision and excellence for which Miami City Ballet has become known globally,” said Ms. Jernigan. “Considering her proven track record in arts management, her deep knowledge in and passion for dance, particularly ballet, and her South Florida and Cuban roots, I am tremendously excited about the future of MCB and the deeper impact we will have in our community and globally.”

Ms. Lopez said she was excited to welcome back Ms. Castroverde Moskalenko to South Florida. “Borrowing from Maya Angelou, ‘In diversity there is beauty and there is strength,’” she said. “Tania’s South Florida and Cuban roots reflect the community in which we perform, but these are additional benefits we gain with Tania, because quite simply, she is the best person for the position. She will be a vital force in helping Miami City Ballet advocate our national position and provide the leadership that will allow us to continue to do bold things in dance.”

Ms. Castroverde Moskalenko served as CEO of the Auditorium Theatre since 2016. In that time, she revitalized the organization’s financial health and oversaw a dramatic increase in programming, ticket sales and philanthropic support. Last year, the Chicago Tribune named her “Chicagoan of the Year for Dance.” Previously, she spent four years as president and CEO of the Center for the Performing Arts and the Great American Songbook Foundation in Indiana, where she provided both the artistic vision and the strategic direction for the organization. She created and implemented a strategic plan which resulted in new programming and educational experiences that expanded the Center’s reach, engaged a broader audience, increased board membership and engaged new partners. Prior to that, Ms. Castroverde Moskalenko spent seven years as executive director of the Germantown Performing Arts Centre in Tennessee, where she erased an operating deficit, created a reserve fund, completed a strategic plan, doubled corporate support and quadrupled grant support.

Ms. Castroverde Moskalenko said she was delighted to return to Miami after a 30-year absence, and that she looked forward to leading the Miami City Ballet at a critical moment in its trajectory. “Under the guidance of Lourdes Lopez, the company is at the top of its game, garnering rave reviews for its clarity, energy and versatility,” she said. “Miami City Ballet embodies its Balanchine heritage while remaining relevant for our times by commissioning new works from some of the most dynamic choreographers on the world stage today. The opportunities that lie ahead for the company are tremendous, and the ability to lead this next chapter is humbling and exhilarating.”

“Tania immigrated to Miami with her parents 50 years ago during the Cuban U.S. political crisis, studied ballet in Miami and went on to a distinguished career as a leader in the performing arts in the U.S.,” said Mr. Abruzzo.

Miami City Ballet was established in 1985 by Miami philanthropist Toby Lerner Ansin and founding artistic director Edward Villella. The company has 52 dancers and a repertoire of more than 100 ballets. It performs for nearly 100,000 patrons annually during its South Florida home season in Miami, Fort Lauderdale, West Palm Beach and Naples, and tours to top theaters domestically and internationally.

Mr. Abruzzo, who has been with DHR since 2001, has more than 30 years of experience as an executive search consultant to non-profit groups. His clients include mid-sized to large social service organizations, universities, arts/cultural, international relief, foundations and trade associations. He is also a trained management consultant and is well known for his executive compensation work for non-profit executives.

Mr. Abruzzo recently met with Hunt Scanlon Media to discuss the assignment as well as other leaders he has placed for similar organizations. Here are some excerpts from that interview.

Jim, what type of leader was Miami City Ballet seeking, and what made Tania the right fit?

Miami City Ballet needed someone with extraordinary, proven arts leadership capabilities who could also be sensitive to the bifurcated nature of an arts organization; both the artistic director and the executive director report to the board chair. This requires someone, the executive, with a deep understanding of ballet, of what the artistic director needs to be successful, and at the same time, the ability to manage a complex organization that usually spends more than it earns. Therefore, someone who is also a prodigious fundraiser.

What’s changed in this field?

Most major performing arts organizations in this country – opera, ballet, modern dance, symphony and performing arts centers – are in major urban areas with diverse populations. Over the years, the executive leadership has not kept pace with the changing demographics. Therefore, there are few if any diverse symphony orchestra executives, only two or three major art museums have a diverse director, one opera company has an African American leader and no, that’s right, no major (over $20 million budget) performing arts center has a president who is anything but white. So, recruiting someone like Tania who has all of the credentials required, knows ballet, has at least 15 years executive experience, is a great fundraiser and is Cuban American and grew up in Miami, is amazing.

“What we try to do is bring to boards the understanding that arts organizations need to be responsive to their communities. That means we insist on a diverse search committee and we will not consider a search concluded unless we have delivered a strong and diverse slate of candidates.”

And you’ve brought in other leaders here as well, right?

Indeed, we also recruited Julii Oh, the CMO from the New York Philharmonic, to the CMO post at the Miami City Ballet and AnaMaria Correra, from the Dominican Republic, who grew up in Queens and was head of the school and head of community engagement for Ballet Hispanic, to be the senior director, community engagement. Without a doubt, Miami City Ballet now has the most diverse senior executive team of any large modern dance or ballet company in the U.S. and among the most diverse of any arts organization.

What do search firms bring to performing arts organizations when they set out to find new leaders?

What we try to do at DHR is bring to the boards the understanding that arts organizations need to be responsive to their communities. That means we insist on a diverse search committee and we will not consider a search concluded unless we have delivered a strong and diverse slate of candidates. For the Brooklyn Academy of Music search, we had two diverse finalists; the Watermill Foundation for the Arts hired an African-American; the Wallace Foundation hired an African-American for the head of its arts program; and among our other clients are the Apollo Theater, and over the years, Bill T. Jones Dance Company, National Black Arts Festivals and many others. It is not that the non-profit practice has diverse consultants, it is that we have developed a network of trust among the African-American, Hispanic and other underrepresented communities, and we insist on bringing and supporting diverse candidates for positions.

Can you share some similar searches that you have conducted?

We are currently working with the August Wilson Cultural Center in Pittsburgh on a managing director search. In addition, DHR’s record of diverse recruitment throughout the non-profit world, from United Ways to foundations, to social service organizations and others, is among the best in the industry. I myself started a program, through Rutgers Business School, to identify arts executives from underserved populations and to help train them to become CEOs of arts organizations, because frequently when there is a diverse CEO, senior management and ultimately the board can become more diverse.