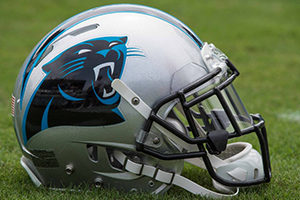 September 5, 2018 – Turnkey Sports and Entertainment has placed Tom Glick as the new team president for the Carolina Panthers. Following the resignation of Danny Morrison, the professional football organization has operated without a team president for nearly a year and a half. Leading the search was Len Perna, Turnkey’s president, founder and CEO.

“We are thrilled to have Tom join the Panthers family,” said David Tepper, Carolina Panthers owner. “He has tremendous experience in professional sports, successfully fostering fan engagement in major cities globally. I know that his record, expertise and drive will be major assets as we look to win on the field and in the community.”

Mr. Glick has more than 25 years of experience in sports management, having worked in baseball, basketball, hockey and soccer in both the U.S. and the U.K.

For the past six years, Mr. Glick has been instrumental in the development of City Football Group (CFG), a multinational soccer organization that includes six clubs. As chief commercial officer, he oversaw partnership sales and activation, marketing, content production and distribution, retail and licensing, and fan relationship management for all of CFG’s clubs.

Mr. Glick spent the first 14 years of his career predominantly in baseball. From 1999 to 2004, he served as senior vice president of sales and marketing of the Sacramento River Cats, a Triple-A baseball team. He held various senior positions with other Minor League Baseball teams, including the Lansing Lugnuts, Huntington Cubs, Welland Pirates and Jamestown Expos.

In 2004, Mr. Glick moved to the National Basketball Association, first as VP of marketing and team business development at league headquarters in New York City, and later as chief marketing officer for the New Jersey Nets, which included work on the club’s relocation to their current home in Brooklyn. In 2008, he relocated to the U.K. to take on the role of CEO with Derby County Football Club prior to joining City Football Group in 2012.

In his new role, Mr. Glick will oversee the Panthers’ day-to-day operations. “David has a clear and exciting vision for the team, and I can see and feel the buzz and anticipation for this new era of Panthers football,” he said. “I’m ready to get started and will give everything to help the team deliver for our fans, players, staff, partners and our communities throughout North and South Carolina.”

Mr. Perna manages all aspects of both Turnkey Intelligence and Turnkey Search. A top executive in the sports industry since 1985, he began his sports career as a business attorney for Cap Cities ABC/ESPN and also served as a top executive for the Detroit Red Wings/Tigers and the Dallas Stars/Texas Rangers.