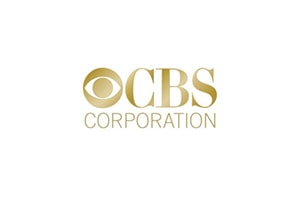 November 8, 2018 – CBS has retained the services of Korn Ferry as it begins its search for a new CEO to replace Les Moonves following sexual misconduct allegations. Joe Ianniello, the company’s chief operating officer, has assumed the role of president and acting CEO.

The search is expected to take four to six weeks to produce a new leader. The media giant held preliminary discussions with Korn Ferry, Heidrick & Struggles and Spencer Stuart, according to sources, for the coveted assignment which is now one of the most watched succession dramas playing out in the #MeToo era.

“Never has it been more important for us to make it abundantly clear that CBS has a steadfast commitment to diversity, inclusion and a safe and positive working environment,” Mr. Ianniello wrote in a memo sent last week to CBS’ 20,000 employees worldwide. “This is an integral part of our growth plan as together we unlock the immense talents across our entire employee base.”

Hiring a woman would break a particularly resistant glass ceiling at CBS, as few media companies are led by women. In fact, getting the opportunity to lead one of the four major broadcast networks – CBS, ABC, NBC or Fox – would be a coup; a woman has never held the CEO position at any of them. There are a number of viable candidates — too many to list here. But CNBC spoke with some current media executives about whom they’d recommend for the job. Among them:

#MeToo Movement Leaves its Mark on Staffing
The ramifications of sexual harassment and growing attention to the issue are having a significant impact on workplaces across America. Progress has been made, but much work remains. Let’s dive into the topic with new reports from SHRM and FTI Consulting, as executive recruiters weigh in.

Of course, a number of seasoned men are available for the top job at CBS as well. But in the #MeToo environment, which has brought down 201 powerful men in just one year, nearly half their replacements have been women.

Today’s media industry is undergoing a fundamental transformation. Media are evolving to a more direct-to-consumer model, as apps, social media, mobile and streaming become preferred formats for information and entertainment consumption, according to Korn Ferry. As these trends change and consumer patterns evolve, future leaders must keep pace with a unique combination of vision, cross-platform experience, the agility to respond to new sources of data, and — perhaps most importantly — the capacity to build and inspire diverse teams with varied skill-sets, the search firm said.