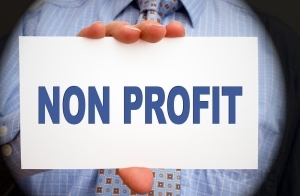 January 9, 2018 – After an extensive search,  CarterBaldwin Executive Search has placed Kay Coles James as the first African-American president of the Heritage Foundation, a renowned conservative think tank. She becomes the sixth president in the group’s 44-year history. The assignment was conducted by CarterBaldwin founding partner Price Harding and associate partner Andrea McDaniel Smith.

Ms. James’ ascension follows the ouster this spring of former South Carolina Sen. Jim DeMint over the direction of the non-profit group. “All of us at Heritage are looking forward to continuing working with Kay Coles James developing and advancing conservative policy solutions and principles that are in the best interest of the American people,” said Thomas A. Saunders, chairman of Heritage’s board of trustees.

“The board’s search committee is grateful for the input of the Heritage Foundation’s members, staff and supporters throughout the search process,” said former Attorney General Edwin Meese, who led the search committee. “Their insights were extremely helpful as we interviewed and evaluated extraordinarily talented candidates. We are very pleased that our work resulted in the selection of Kay Coles James.”

Ms. James, a member of Heritage’s board of trustees since 2005, has a wealth of experience in public policy, having served as a leader in government, academia and the conservative movement during her 30-year career. She is a lifelong grassroots activist and has served in multiple roles at the local, state and national level. She began her career in public service as a member of the National Commission on Children under President Ronald Reagan.

Ms. James later served as associate director of the White House Office of National Drug Control Policy and as assistant secretary for public affairs at the US Department of Health and Human Services under President George H.W. Bush. In 2001, she returned to the federal government to serve as President George W. Bush’s director of the office of personnel management.

Ms. James also served as Virginia’s secretary of health and human resources and as a member of the state board of education under Gov. George Allen. As secretary, she was responsible for the development and rollout of statewide welfare reform. Last year, Ms. James and Mr. Meese led President Donald Trump’s transition team for the office of management and budget, office of personnel management, and general services administration.

During her career, Ms. James was also dean of the School of Government at Regent University, a senior fellow and director of the Citizenship Project at the Heritage Foundation, senior vice president of the Family Research Council and executive vice president and chief operating officer for One to One Partnership, a national umbrella organization for mentoring programs. She is founder and president of the Gloucester Institute, which trains and nurtures leaders in the African-American community.

“I’m thrilled that we have the good fortune that Kay Coles James is joining us as president of the Heritage Foundation,” said Edwin J. Feulner, who founded the group and who served as interim president after Mr. DeMint’s departure. “I am confident that under her leadership Heritage will remain committed to conservative principles and to expanding the conservative movement in a positive, inclusive way.”

The Heritage Foundation, which was founded in 1973, has been described as “the intellectual backbone” of the Republican party. Under Mr. DeMint, however, the group had become increasing political and less focused on developing public policy. The elevation of Ms. James is widely seen as a shift back toward those public policy roots.