Menu
View our Events
Stay Connected:
The Boston-based non-profit wants a director who can help bring the nation’s 35th president’s legacy to life for a 21st century audience. The right candidate must have extensive experience running a comparable institution. Historical perspective and intellectual leadership is a must. The search is on for just the right leader . . . here’s the latest! 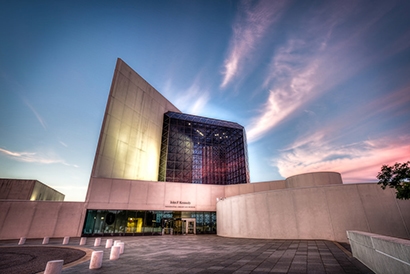 September 7, 2018 – The John F. Kennedy Presidential Library and Museum has tapped executive search firm Isaacson, Miller to lead its search for a new director. Vice president and partner Andrew Lee is heading the assignment along with associate Allison Pickett. The Boston-based non-profit is seeking a collaborative, visible and visionary leader to serve as its next leader.

The next director will manage the programs and activities of the library and museum, including archival, exhibits, public and educational programs, said Isaacson, Miller. The individual will lead a staff of 30 and work closely with the National Archives and Records Administration to ensure library operations are in alignment with the agency’s strategic goals.

The director will act as a liaison and partner to the John F. Kennedy Library Foundation to ensure the success of its programs and allow this public/private partnership to continue to flourish. “The successful candidate will support the museum’s collecting and research interests, increase investments in technology to make resources and documents more accessible online, and build creative partnerships with outside organizations,” said Isaacson, Miller.

The ideal candidate must have extensive experience directing a historical, archival, cultural, philanthropic, educational or governmental institution. The right person should have a record of successful mentorship and tangible efforts that have supported staff. “Interest and understanding of events and issues of the 20th century sufficient to contribute appropriate historical perspective and intellectual leadership to the work of the library and museum and its presentation to the public,” said the search firm.

One of the 14 presidential libraries administered by the National Archives and Records Administration, the JFK Library and Museum serves as the nation’s memorial to President Kennedy – sharing the story of his life, times and legacy. It is dedicated to the memory of the country’s 35th president.

A nationally recognized search firm focused on recruiting transformational leaders for mission-driven organizations, Isaacson, Miller has conducted literally thousands of placements across the field in over more than three decades in business.

Mr. Lee brings to his practice more than 20 years of leadership in the non-profit, government, and technology sectors. He draws upon his expertise in education reform, healthcare, the environment and consulting services to identify forward-thinking leaders and help his clients make informed human capital decisions. A member of the Isaacson, Miller team since 2017, Mr. Lee has spent his entire career aiding mission-driven organizations.

“These individuals must be the voice of the museum and that makes it essential to have an inspired leader in place. And these leaders require, now more than ever, top-notch fundraising skills,” he said. “They must develop strong relationships with donors and truly serve as the face of the institution.”

That is something Mr. de Montebello knows well. He served as both the voice and face of the Met as its director for 31 years. He came to the organization in 1963 as a curator in the department of European paintings and was named director in 1977. His legendary stewardship took off from there.

Museums are increasingly turning to specialist recruiters to help fill critical, senior level leadership roles. And as these top positions become more sophisticated and complex, the hunt is on for top flight talent to fill these critically important roles. With that, search fees across the space are rising substantially, according to recruiters. Here’s a look at a few recent assignments taken from the Hunt Scanlon Media archives:

Noetic Search recruited Crystal Bowyer as the president and CEO of The National Children’s Museum. Rhyan Zweifler, president of the Chicago recruitment firm, led the assignment. Founded as the Capital Children’s Museum in 1974, the museum served children and families for thirty years in Northeast Washington, D.C.