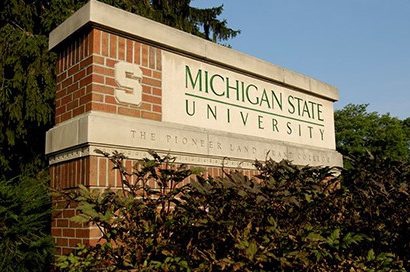 September 28, 2018 – In the wake of the sex abuse scandal involving sports doctor Larry Nassar, which forced the president of Michigan State University (MSU) to step down, the school now faces the challenge of finding a new leader. President Lou Anna Simon resigned in January over the school’s handling of accusations against the former U.S. gymnastics and MSU physician.

“The experience of a highly reputable firm such as Storbeck/Pimentel & Associates is invaluable to a university like MSU,” said university trustee Dianne Byrum, who is a presidential search committee co-chair. “Their proven ability to identify and recruit candidates from diverse backgrounds is particularly helpful for organizations seeking change.”

“Their expertise is grounded in their firsthand knowledge of higher education and in their team’s understanding of the unique culture and challenges of each institution with which they work,” said Melanie Foster, MSU trustee and presidential search committee co-chair.

Michigan State and Storbeck/Pimentel face the challenge of attracting a candidate to an institution that has been shaken by Dr. Nassar, who sexually abused more than 250 women and girls under the guise of medical treatment.

This is the first time in 25 years that MSU has conducted a nationwide search for a new leader. Ms. Simon, who became president in 2005, had a long history with the university and was selected without a national search.

The MSU board of trustees unanimously voted to appoint former Michigan Gov. John Engler as interim president this past march. The school said he is not a candidate for the role on a permanent basis.

“As the father of three daughters who just completed their undergraduate degrees, I put myself in the place of every parent who has sent their loved one to this great institution,” said Mr. Engler. “I understand the concern and uncertainty as well as the frustration and anger. To those parents, be assured that I will move forward as if my own daughters were on this campus and will treat every student as I would my own daughters.”

There is no escaping the importance of this search as the university moves forward. “The search for the president is going to be a very significant search, it will set the tone and the tenor of this university for the future,” said Deborah Moriarty, a professor in the College of Music, during a recent faculty senate meeting. “We need to have inclusion of the faculty and the students, and we need to have implementation of what the faculty and the students feel is important.”

The presidential search committee is comprised of a diverse group of nine women and 10 men, a representative cross-section from within the university as well as members with unique backgrounds and experiences.

MSU hopes to conduct initial interviews with candidates between November and January, with final interviews from February to May. An announcement on the new president could come in June, the school said. The committee said it welcomes feedback regarding characteristics, qualifications and criteria for the university’s next president, as well as thoughts about the challenges and opportunities facing MSU.

The search comes on the heels of further fallout from the sex abuse scandal. Kerry Perry, who was recruited just nine months ago by Russell Reynolds Associates to serve as the CEO of USA Gymnastics, resigned after being widely criticized for what many considered to be inadequate action following the Larry Nassar scandal. A search firm has yet to be selected for that assignment.

Storbeck/Pimentel has a strong history of recruiting top leadership in higher education. The firm has placed presidents at the University of Arizona, Swarthmore College, Pomona College, Carnegie Mellon University, University of Wyoming and the University of Wisconsin-Madison, among many others. Minority and female owned, the firm has more than 25 consultants and support staff in two main offices in Los Angeles and Philadelphia, with affiliated offices in Vermont, Virginia and Florida.

Ms. Storbeck co-founded Storbeck/Pimentel in 2007 and is managing partner of the East Coast practice. She has one of the most widely recognized names in higher education search, having recruited senior leaders for some of America’s most prestigious colleges and universities. Most recently, she conducted president searches for the University of Pittsburgh, University of Wisconsin, Bates, Denison, Haverford and Swarthmore colleges. Over her career, she has conducted more than 500 searches for public and private universities, colleges and schools, and non-profit associations and organizations.

With more than 25 years of recruiting and search experience, Dr. Fitch brings to every client relationship sound judgment, credibility, and a focus on partnership with institutional leaders and search committees.

Ms. VanGilder has more than 20 years of executive search experience. She has identified and recruited leaders for a wide variety of institutions in the education and non-profit sectors, in the U.S. and abroad.