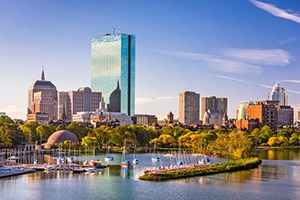 November 21, 2018 – After suffering a massive hit during the Great Recession, employment and hiring within the travel, hotel and hospitality industry continues to rebound. Last year, according to one set of survey metrics, the industry added more than 527,000 jobs (2.6 million since 2004). That number is likely to increase this year as global tourism and traveling in general are expected to rise.

Overall, the travel and hospitality market is estimated to generate an economic impact of $6.5 trillion worldwide this year. In the U.S. alone, the $1.5 trillion industry accounts for nearly eight million jobs – more than five percent of the total jobs nationwide. This has created a massive uptick of hiring within the travel sector.

In coming to Boston, Ms. Sheridan becomes just the second woman, currently, to lead a first-tier market Convention & Visitors Bureau (CVB) in the U.S. She will succeed Pat Moscaritolo, who will retire after 28 years leading the organization.

The convention and visitor’s bureau wanted a leader with knowledge of the travel and tourism industry, its distribution channels and customer base. Ms. Sheridan, who takes on her new role in February, fit that bill. Since 2006, she has served as president and CEO of the Providence Warwick Convention & Visitors Bureau, where she has overseen all day-to-day operations and fostered a united visitor industry that has generated record growth for the Providence/Warwick visitor economy.

“Over the course of my career, I have seen the Providence/Warwick area grow into a world-class destination and it has been my honor to have been a part of that evolution,” said Ms. Sheridan, who first worked for the Providence Warwick convention group in the 1990s in a variety of roles. “Now it’s on to Boston, a cosmopolitan hub full of iconic landmarks and attractions, diverse neighborhoods, vibrant culture, prestigious universities, and of course feverish sports fandom. Boston’s blend of tradition and cutting-edge innovation creates a unique dynamic that is the essence of the city’s brand.”

“We will leverage this brand to grow the visitor economy, and to expand upon the extraordinary work that Pat Moscaritolo has done to make Boston a compelling destination for leisure travelers, business travelers, international visitors, meeting planners and convention attendees,” she said.

In her new role, Ms. Sheridan will be charged with establishing and maintaining ongoing communications and relationships with state and local government leaders, business leaders, travel trade professionals, convention and event planners, and with state, regional, national and international industry leaders. As president, she represents the organization at local, state, regional, national and international industry meetings and events that provide insights on and guidance for fulfilling the organization’s mission.

Over 21 million visitors come to Boston annually, including 2.5 million international visitors, making it a leading tourist destination. The Greater Boston Convention & Visitors Bureau is the primary private sector marketing and visitor services organization charged with the development of meetings, conventions and tourism-related business. The group works to enhance the economy of Boston, Cambridge and the metropolitan area.

Mr. Gamble handles C-level searches across all sectors while Ms. Henderson works in all sectors of the hospitality, travel and tourism industry. Ms. Henderson is also the leader of SearchWide’s industrywide diversity initiative, in addition to her involvement in several industry organizations.