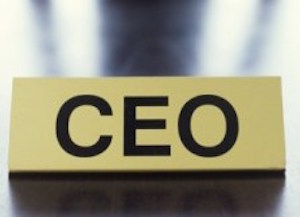 December 23, 2016 – Heidrick & Struggles has placed Jerome Griffith as chief executive officer of Lands’ End. After only two years on the job, Federica Marchionni has stepped down. The company considered both internal and external candidates.

Lands’ End, which was spun off from Sears in 2014, tapped Ms. Marchionni to help transform the retailer into a global lifestyle brand. She worked to expand distribution while upgrading the company’s product design and development, but results still faltered as apparel purchases and retail traffic slowed dramatically.

“Apparel in general has struggled; Lands’ End is definitely not unique to that situation,” said Poonam Goyal, an analyst at Bloomberg Intelligence. “Maybe the leadership change happened simply because the brand wasn’t able to gain traction.”

Mr. Griffith, a respected global executive with extensive experience driving growth and innovation for iconic consumer brands, hopes to turn things around for Lands’ End. He previously served as president and CEO of Tumi Holdings, Inc. from 2009 until its sale in 2016 to Samsonite International, where he now serves as a non-executive director.

From 2002 to 2009, he was employed at Esprit Holdings Limited, a global fashion brand, where he was promoted to COO and appointed to the board in 2004, then promoted to president of Esprit North and South America in 2006. Before that, he worked as an executive vice president at Tommy Hilfiger. From 1998 to 1999, he worked as the president of retail at the J. Peterman Company, a catalog-based apparel and retail company. Earlier in his career, he worked in various positions of increasing responsibility at Gap, Inc.

“After a comprehensive search conducted by Heidrick & Struggles, we are thrilled to welcome Jerome Griffith as Lands’ End’s next CEO,” said Josephine Linden, chairman of the board of Lands’ End. “Jerome is an exceptionally gifted leader with an impressive track record of spearheading growth and expansion at several iconic apparel and consumer goods companies.”

“Over the course of his career, Jerome has demonstrated a special talent for innovation in design and functionality to attract new customers while upholding the quality, value, service, and products that current customers love,” said Ms. Linden. “As Lands’ End continues its evolution at the forefront of the retail industry, we believe Jerome’s experience and tactical execution will improve financial performance and build sustainable long-term value for stockholders.”

Lands’ End is a multi-channel retailer of clothing, accessories, footwear and home products. The majority of its business is conducted through mail order and Internet sales, but the company also runs more than a dozen retail operations, primarily in the Upper Midwest, along with international shops in the U.K., Germany, Japan, France and Austria.

Heidrick’s global CEO & board practice advises companies on succession planning, talent management, board effectiveness and culture shaping, and also places directors and CEOs at leading private and public companies. It offers an integrated suite of services, from the acquisition of talent to longer-term succession planning, board dynamics, and culture shaping. Earlier this year, Bonnie Gwin and Jeff Sanders were named as co-managing partners of the firm’s practice group covering this area.