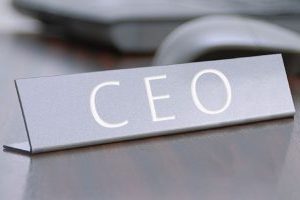 January 23, 2017 – Heidrick & Struggles has been retained by Horsehead Holding LLC to lead its search for a new chief executive officer. The search is expected to be completed by the middle of the year. Wayne Isaacs, a veteran mining executive and distinguished leader in the base metals industry, has been assigned as chairman of the board and interim CEO. He replaces James M. Hensler, who stepped down from the position to pursue other opportunities.

Horsehead Holding is the parent company of Horsehead Corporation, a leading U.S. producer of specialty zinc and zinc-based products. The company filed for bankruptcy after declines in the zinc industry and issues surrounding operation of its zinc plant in North Carolina. Horsehead successfully exited Chapter 11 in September.

“I want to thank Jim for all of his contributions and leadership during his time at Horsehead,” said Milos Brajovic. “In particular, we want to thank him for successfully leading the company through its restructuring process and we wish him all the best in his future endeavors.”

A majority of companies continue to promote insiders to the CEO position and recruiters we poll from time to time say it will remain the preferred succession planning practice. But outsider CEOs have caught up and closed a performance gap between outsider and insider CEOs, possibly strengthening the case for considering a new leader from outside the company ….. Here’s some further reading from Hunt Scanlon Media.

As CEO Turnover Rises, Outsiders Are Given a Closer Look
Hiring an executive from outside a company to serve as chief executive officer used to be seen as a last resort. That is not the case anymore with the disruptive market-related changes that companies are facing today.

Heidrick’s global CEO & board practice advises companies on succession planning, talent management, board effectiveness and culture shaping, and also places directors and CEOs at leading private and public companies. It offers an integrated suite of services, from the acquisition of talent to longer-term succession planning, board dynamics, and culture shaping. Bonnie Gwin and Jeff Sanders serve as co-managing partners of the firm’s practice group covering this area.