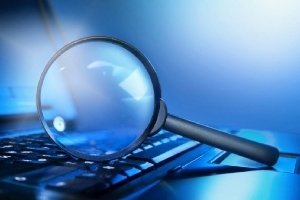 The company has enlisted Heidrick & Struggles to help find his replacement.

He also worked to hasten the company’s transition away from manufacturing to software and services.

“Over the past several years, the company has achieved a great deal, including the acquisition of Wincor Nixdorf AG, which created an industry leader with increased global scale and market diversity,” said Henry D.G. Wallace, current chairman of the board. “We have made great strides in our integration through the launch of the DN2020 transformation program and capturing substantial synergies, with more on the way. We now look forward to a bright future as a unified company. We thank Andy for his vision and leadership, including overseeing the transaction and integration, and for bringing us to this point in our history.”

Gary G. Greenfield, who as previously announced will become chairman of the board on Jan. 1, said this is the right time for a new CEO. “Given the significant changes taking place in our industry, now is the time for Diebold Nixdorf to leverage the full strength of the organization and enhance its focus on the new era of global connected commerce,” he said. “I look forward to helping the board conduct a rigorous review of a diverse set of CEO candidates, so we can bring the expertise and knowledge necessary to lead Diebold Nixdorf into its next phase of growth.”

Headquartered in North Canton, OH, Diebold Nixdorf is a global leader in enabling connected commerce for millions of consumers each day across the financial and retail industries. As an innovation partner for nearly all of the world’s top 100 financial institutions and a majority of the top 25 global retailers, the company has a presence in more than 130 countries with about 24,000 employees worldwide.

Heidrick’s global CEO & board practice advises companies on succession planning, talent management, board effectiveness and culture shaping, and also places directors and CEOs at leading private and public companies. It offers an integrated suite of services, from the acquisition of talent to longer-term succession planning, board dynamics, and culture shaping. Bonnie Gwin and Jeff Sanders serve as co-managing partners of the firm’s practice group covering this area.

Heidrick recently completed or has been retained to search for a number of high profile senior leaders for client companies. Here’s the latest roundup from the Hunt Scanlon Media archives as 2017 draws to a close:

Heidrick was selected by the Ohio Business Roundtable to lead in its search for a new president. Richard A. Stoff, who was a founder of the Roundtable and its only president in its 25-year history, is retiring at the end of the year. The organization conducts research and drives debate in a range of policy areas that participating CEOs have identified as economic priorities for Ohio.

Mondelez International, known for brands like Oreo cookies, Trident gum and Ritz crackers, appointed Dirk Van de Put as its new president and CEO. The company enlisted Heidrick & Struggles to fill its top post. With revenues declining in recent years, activist investors had been vocal in their dissatisfaction with longtime CEO and chairman Irene Rosenfeld.

Avon, the beauty products firm, enlisted Heidrick & Struggles to help find the replacement for CEO Sheri McCoy, who is retiring. The company, which has been struggling to right its ship in recent years, is said to be conducting an “orderly process, nothing rushed” effort in its search.