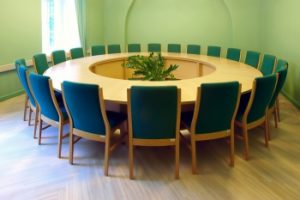 September 8, 2017 – Heidrick & Struggles has been selected by the Ohio Business Roundtable to lead in its search for a new president.

Richard A. Stoff, who was a founder of the Roundtable and its only president in its 25-year history, is retiring at the end of the year.

“The public-private partnerships fostered by some 400 Roundtable CEOs, spanning the terms of four governors, have strengthened Ohio as a place where our citizens can live, learn, prosper and pursue their dreams,” Mr. Stoff said.

Gary R. Heminger, chairman of the Ohio Business Roundtable executive committee and CEO of Marathon Petroleum, praised Mr. Stoff for his contributions to the organization. “For 25 years, we have benefited from Richard’s talent, vision and leadership,” he said. “Richard has demonstrated the ability to analyze important challenges, tap resources that lead to solutions, and engage all of our members in meaningful ways.”

The practice has worked with a diverse array of trade, industry and professional associations to identify and recruit talent in a variety of senior positions, including president, chief executive officer and executive director, among many others.

The Chason Group placed Sarah H. McKinney as president and CEO of the Athens Area Community Foundation. Tim Chason, the firm’s president, led the assignment. Ms. McKinney previously was the director of development for the Georgia 4-H Foundation based at the University of Georgia in Athens. Prior to her move to Georgia 4-H, she was director of development and volunteer services for the Athens Community Council on Aging.

Check Out These Related Articles On Searches for Leaders at Non-Profits: