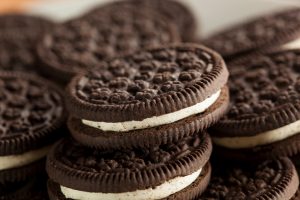 August 16, 2017 – Mondelez International, known for brands like Oreo cookies, Trident gum and Ritz crackers, has appointed Dirk Van de Put as its new president and CEO. The company enlisted Heidrick & Struggles to fill its top post. With the snack-food producer’s revenues declining in recent years, activist investors have been vocal in their dissatisfaction with longtime CEO and chairman Irene Rosenfeld.

Ms. Rosenfeld will continue as chairman of the board until March 31, when she retires and Mr. Van de Put takes over.

“On behalf of the entire Mondelez International board, we want to welcome Dirk and are excited to begin working with him to lead the company through its next chapter of growth,” said Mark Ketchum, lead independent director of Deerfield, IL-based Mondelez. “Our thorough, multi-year succession process has identified Dirk as the right leader with a distinct combination of skills and industry experience necessary to succeed as our next CEO.” He said the search process was “global in nature” and that the company’s hiring committee “thoroughly considered numerous highly talented internal and external candidates before making our final decision.”

With the rise of consumers turning to more nutritious and healthy foods, Mondelez’s revenue fell more than 12 percent last year. In response, the company launched Vea, a brand that targets health-minded consumers. Aimed squarely at Millennials, Vea products include crunch bars, crisps and seed crackers. “Consumers around the world are interested in healthier products for a better lifestyle,” said Ms. Rosenfeld.

Quarterly sales have fallen five percent to $5.99 billion due in large part to low demand for its primary brands, such as Cadbury Dairy Milk, Milka chocolate and Oreo cookies, especially in North America. A cyber attack on its systems, which led to shipping and invoicing delays, also affected revenue.

The Howard Hughes name is synonymous with entrepreneurial vision, tenacity and a pioneering spirit, values that today are embodied by The Howard Hughes Corporation. We get that and so when the company came to Ezayo last week seeking a talented HR director to join their team, we jumped at the honor. If you are deadline-oriented, Apply Now!

Mondelez, which has a market value of nearly $70 billion, recently sought to acquire Hershey for $23 billion. Hershey rejected the offer. Rumors are now circulating that the company could be taken over by one of its rivals, such as the Kraft Heinz Co.

Some have estimated that the consumer packaged goods sector is valued at upwards of $2 trillion. And while that’s an impressive number, the industry also has serious challenges. Highly competitive markets, powerful retailers and decreasing margins plague the industry. Having the right leader in place is essential.

Mr. Van de Put brings nearly 30 years of experience in the food and consumer package industry to his new role. He joins Mondelez from McCain Foods, a $7.3 billion privately held Canadian company that is the largest marketer and manufacturer of frozen french fries, potato specialties and appetizers with sales in more than 160 countries. During his six-year tenure as CEO, he grew net sales by more than 50 percent, generating more than 75 percent of that growth organically, with EBITDA growing double digits each of the last six years. Prior to joining McCain, Mr. Van de Put held executive positions with Novartis, Groupe Danone, the Coca-Cola Co. and Mars Inc.

“The board and I are confident that Dirk Van de Put is the right leader to take us forward,” said Ms. Rosenfeld. “He is a seasoned global CEO, having lived and worked on three different continents, with deep experience and expertise in all critical business and commercial operations in both emerging and developed markets.”

“Throughout his career, Dirk has had a proven track record of driving top-line and category growth, while at the same time improving cost structures and profitability,” she said. “And he has achieved these results with a values-based leadership style and steadfast focus on people.”

The majority of companies, however, have continued to promote insiders to the CEO position, and the study’s authors believe this will remain the preferred succession planning practice (77 percent insiders versus 23 percent outsiders in 2016). Outsider CEOs, for their part, have caught up and closed a performance gap that the study previously found between outsider and insider CEOs, possibly strengthening the case for recruiting a leader from outside the company.