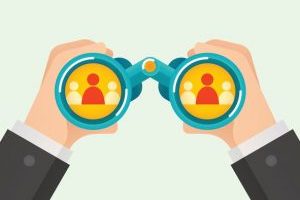 June 19, 2017 – With retail undergoing major shifts, businesses increasingly want CEOs who can lead through change, intuitively and analytically understand the evolving consumer and are unfazed by ambiguity. Developed markets, excess retail capacity, rising prices, the shift to Omni-channel retail and the unpredictable pace of change in consumer behavior all have an influence on the changing face of leadership.

All of this was no doubting weighing on the mind of the powers that be at Avon, the beauty products firm, when they enlisted Heidrick & Struggles to help find the replacement for CEO Sheri McCoy, who is retiring. The company, which has been struggling to right its ship in recent years, is said to be conducting an “orderly process, nothing rushed” effort in its search.

Avon’s shares have dropped more than 80 percent since Ms. McCoy took the helm in 2012. Activist investor Barington Capital has been pressuring the firm to bring in a new leader. The company, which pioneered door-to-door selling, has struggled to adapt to changing consumer tastes, with critics charging that its 130-year-old sales model is outdated and ill-suited for today’s shoppers who want instant gratification.

In an effort to turn around the business in 2015, Avon sold more than 80 percent of its North American business to New York-based hedge fund Cerberus Capital Management. Early last year, the company announced a three-year turnaround plan to cut $350 million in costs, invest in technology and tap social media. Still, the company reported losses in five of the last eight quarters.

Avon is keeping the terms of Ms. McCoy’s departure, as well as details about a replacement, close to its vest. The company recently announced that Miguel Fernandez, a former Herbalife executive, would take over as global president in August.

Retailing remains fragmented, with millions of transactions occurring in countless local outlets and over multiple channels, making competition for the consumer dollar fiercer than ever. Since 2008, Heidrick & Struggles’ retail & apparel practice has conducted more than 1,300 senior level and board director assignments for the retail, fashion and luxury goods industries. The firm serves retail and apparel clients across a broad range of functions and sectors, including multi-nationals, regional and local players and increasingly, private equity-backed firms.

Not long ago, Heidrick recruited Jerome Griffith to become CEO of Lands’ End. Mr. Griffith, a respected global executive with extensive experience driving growth and innovation for iconic consumer brands, previously served as president and CEO of Tumi Holdings, Inc. from 2009 until its sale in 2016 to Samsonite International.

In the past five years, 47 percent of public retail companies with revenues exceeding $1 billion experienced a chief executive change (up from 34 percent during the previous three years). Over the last decade, 71 percent of retail companies have undergone a switch in CEO. That’s good news, of course, for recruiters mining the space for search work.

“There is significant evolution, innovation and disruption in the retail market right now and both are therefore poised as growth sectors for our industry,” said Margaret Gramann, managing director and leader of the consumer and retail practices at executive search firm Harvard Group International. “The consumer experience is at the heart of business success, or decline. We need to delight them with what they want, what they need and what they, yet, don’t know they want and need. And we need to deliver an integrated experience so they have the agility to engage from home, at stores or mobile.”

How Search Firms are Responding

Over the past few months, search firms have played an integral role in helping respond to that change, filling top leadership posts for several major players in the retail sector. Here is a look at a few from the Hunt Scanlon archives:

Ventura Partners recruited John Stephans as president of the Zildjian Company. Bob Damon, a partner at Ventura, led the assignment. Mr. Stephans is the former CEO of IdeaPaint. Earlier in his career, he held a series of senior level marketing and sales positions with Gillette, Ocean Spray and Monster.

Korn Ferry placed Shira Goodman as the CEO of office supply retailer Staples. Ms. Goodman, Staples president of North America operations, has served as interim CEO since May, when longtime Ron Sargent announced that he was stepping down. He has been with Staples for 27 years and served as CEO for the past 14 years.