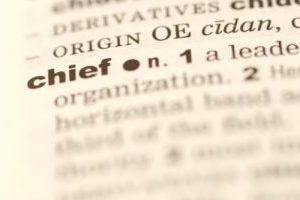 Mr. Hyatt brings four decades of restaurant industry experience to the Maryville, TN-based chain as it looks to regain its profitability in the wake of declining revenues and lingering softness in the casual dining sector. Among its options announced in March, the company’s board of directors raised the possibility of selling the company.

“I am pleased to welcome Jim to Ruby Tuesday and our board of directors,” said Stephen Sadove, non-executive chairman of Ruby Tuesday. “As an industry veteran and proven leader, Jim brings to us a wealth of knowledge and experience including significant operating expertise in driving sales and profitability. His skill-set will be valuable as we evaluate all strategic options and will not alter that process other than to add Jim’s expertise to the board. Should the board elect to remain an independent company following the review, Mr. Hyatt will remain in his role as CEO.”

Mr. Hyatt has a strong track record of revitalizing big brands. He served five years at Church’s Chicken, rejuvenating the business with a multi-pronged approach to improving the customer experience. That included boosting the consistency of its products, faster service, and greater operational engagement, among other changes. He also launched what has been described as a worldwide “re-image standard for the brand.”

Before his five years at the helm of Church’s Chicken, where he remains a board member, Mr. Hyatt served four years as president and CEO of Cosi. Prior to that, he worked for Burger King for 31 years, 11 of which he was one of the company’s top multi-unit franchise owners. New private equity ownership eventually brought him into the corporate fold to help revitalize the Burger King brand. As executive vice president and chief global operations officer, Mr. Hyatt oversaw some13,000 restaurants and a franchise universe that spanned more than 65 nations. He was also a key player when Burger King went public in 2006.

Ruby Tuesday, for its part, is looking to find traction after closing upwards of 100 restaurants in the last year and continuing losses. Revenues for the second quarter of this year were $214.7 million, down 17.7 percent. Net losses for the quarter reached $38 million versus a loss of $14.8 million from a year ago.

These are tough times for many restaurant chains, especially those of the casual dining variety. Sales and foot traffic have fallen off precipitously. A recent report by TDn2K, an analytics firm that studies the retail industry, saw chain restaurant sales for the fourth quarter of last year drop by 2.4 percent, the steepest decline for a single quarter in over five years. December sales along plummeted 4.3 percent, the worst in several years.

Many feel the struggling chains need to follow the lead of McDonald’s in its recent revival by reinvigorating their brands. Remodeling and new menu items are key elements in bringing customers back, experts insist, and Ruby Tuesday’s leadership seems to agree. The chain has remodeled a number of its restaurants. It has also removed complicated items from the menu and slashed prices on many items. Ruby Tuesday is also promoting its expanded Garden Bar offerings, to attract those seeking healthier fare.

“Ruby Tuesday is an iconic American brand, set apart within the casual dining industry by its unique Garden Bar,” said Mr. Hyatt. “I have been both a fan and a customer of the brand for many years and I look forward to working with the board and senior management as we lead the company through its next chapter.”

Lane Cardwell, who served as Ruby Tuesday’s interim president and CEO, will continue to serve on the company’s board of directors.

Ruby Tuesday owns and franchises Ruby Tuesday brand restaurants. As of February, there were 607 Ruby Tuesday restaurants in 41 states, 14 foreign countries, and Guam. Its corporate-owned and operated restaurants are concentrated primarily in the Southeast, Northeast, Mid-Atlantic, and Midwest.