Stay Connected:
Oreo cookie and Ritz cracker maker launches search for chief executive. In play, a contingent of insiders and outsiders clamoring for a starring role in the consumer packaged goods sector. Let's go inside this latest C-suite recruiting assignment. 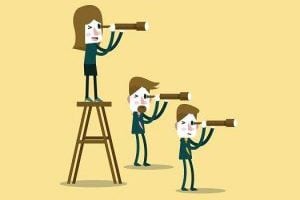 April 13, 2017 – Mondelez International, known for brands like Oreo cookies, Trident gum and Ritz crackers, has retained Heidrick & Struggles to lead its search for a new chief executive officer. No timetable has been set for the company’s next incoming leader to be named. Longtime CEO and chairman Irene Rosenfeld has come under fire by activist investors Bill Ackman and Nelson Peltz as the snack food producer’s performance has struggled recently.

With the rise of consumers turning to more nutritious and healthy foods, the company’s revenue fell more than 12 percent last year. In response, Mondelez recently launched Vea, the company’s newest product since splitting from parent Kraft Foods in 2012. Aimed squarely at Millennials, the Vea brand includes crunch bars, world crisps and seed crackers. “Consumers around the world are interested in healthier products for a better lifestyle,” said Ms. Rosenfeld.

Mondelez, which has a market value of nearly $70 billion, recently tried to acquire Hershey for $23 billion. Hershey rejected the offer. Rumors are now circulating that the Deerfield, IL-based company could be taken over by one of its arch rivals such as Kraft Heinz Co.

Some estimates of the consumer packaged goods sector peg the industry’s value at more than $2 trillion. From any perspective, that is a huge number to ignore. But it has its troubles. Highly competitive markets, powerful retailers and decreasing margins characterize the industry.

Potential successors to the CEO post among Mondelez’s current executives include Tim Cofer, chief growth officer, and chief financial officer Brian Gladden, according to a report published by The Wall Street Journal. One of these insiders could very well land the top job, said recruiters following the search, but who are not actively involved in it.

Company search committees, they said, generally like to be seen as making bold moves, but at the end of the day many corporate directors remain risk averse when it comes to hiring elite executives, especially into their highly protected, upper leadership ranks. They therefore look at insiders as safer bets. Knowing this mindset going in, recruiters often advise their clients that have an inside candidate who is 70 percent as strong as an outside choice to hire the insider. Fit and culture seem to be the deciding factor, they said.

Internal candidates know the business model, organization goals and inside cultures, she said, and oftentimes they have the requisite skills required. “They know the customers, clients, and fellow co-workers. They also have established relationships with colleagues and their organization’s leaders — but, more importantly, they have already demonstrated their potential.” They can, therefore, assimilate faster and will be likely more satisfied in their new roles than outside hires.

“Retaining employees can offer opportunities for professional development and leadership exposure,” said Liz Neumann, principal and founder of Neumann Executive Search Partners. “Internal candidates can bring a track record of commitment and investment in the organization, a strong network of strategic relationships, and a nuanced understanding of the culture and the ways in which to successfully effect change.” She said that’s why insiders more often than not get the nod.

“Search consultants are well positioned to work with internal candidates to help them present themselves competitively in a potentially awkward situation,” Ms. Neumann added. “By bringing an outside perspective and a facility for coaching, search consultants can help internal candidates to strike the appropriate balance between reminding their colleagues of their track record of accomplishments and presenting themselves in a fresh way.”

There is no doubt internal candidates have an edge in tight talent markets, said Jose Ruiz, chief executive officer of executive search firm Alder Koten. “Risk and learning curves are involved in every role and every candidate comes with a risk vs reward equation.” He said it’s up to hiring managers and corporate directors to determine the risk they’re willing to take to eliminate some of those curves to reap the rewards.

“Insiders have a leg up over outsiders in that they know the culture from being on the inside, and have probably forged valuable relationships with other key stakeholders,” said Rod McDermott, co-founder and managing partner of McDermott & Bull. But if the company is in need of a transformation, like Mondelez, for example, “an outsider will not be as hamstrung by those relationships and by traditional cultural norms in making tough choices about people, culture, and direction for the company,” he said.

In recent months, a few big name companies have gone the insider route to fill their top posts. According to executive recruiters focused solely on landing talent for the C-suite, at least half of all job openings are filled by internal candidates before they’re ever introduced to the public market. This, they said, suggests that companies have relatively reliable bench strength even though leadership development is seen as stagnating at many companies. The main reason given: companies prefer to promote from within ….. Here’s some further reading from Hunt Scanlon Media.

The Hershey Company retained Egon Zehnder this past year to assist with its CEO succession plan. Just before the holidays, that search process concluded with the appointment of the chocolate maker’s chief operating officer, Michele Buck, as its new leader.

Egon Zehnder and Korn Ferry Tap Insider as Pharma Giant CEO
Egon Zehnder also teamed up with Korn Ferry to support the CEO succession and recruitment process at GlaxoSmithKline by tapping company insider Emma Walmsley as CEO. She becomes the first woman to lead the pharmaceutical giant and GSK will be the first top-tier pharmaceutical company to be led by a woman.

Then There’s the Outsiders to Consider

Even so, the majority of companies continue to promote insiders to the CEO position and many recruiters who closely follow the CEO succession process believe this will remain the preferred succession planning practice (77 percent insiders vs. 23 percent outsiders in 2015). But CEOs have caught up and closed a performance gap previously found between outsider and insider CEOs, possibly strengthening the case for considering a new leader from outside the company.

“Hiring an executive from outside a company to serve as CEO used to be seen as a last resort. That is not the case anymore with the disruptive market-related changes that companies are facing today,” said Per-Ola Karlsson, partner and leader of Strategy&’s organization and leadership practice for PwC Middle East.

In a recent Mullin International online poll conducted by Greenwich-based Hunt Scanlon Media, ‘Insiders vs. Outsiders: Which Candidate Type Fits Best, and When?’ the survey findings found that promoting from within remains a preferred way for organizations to address their leadership needs. But when executive recruiters are brought in to openly recruit for vacant positions, they are often given mandates to look wide and deep for candidates and that typically results in the search shifting to a hunt for outsiders.