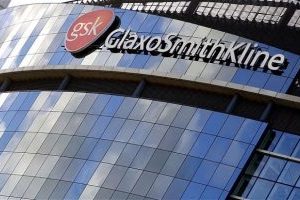 October 11, 2016 – In one of the biggest search assignments in British business this year, Egon Zehnder and Korn Ferry have engaged to support the CEO succession and recruitment process at GlaxoSmithKline by tapping company insider Emma Walmsley as its new chief executive officer. She becomes the first woman to lead the pharmaceutical giant and GSK will be the first top-tier pharmaceutical company to be led by a woman.

Ms. Walmsley is currently CEO of the company’s consumer healthcare division, which was formed last year following the company’s completion of a three-part transaction with Novartis.

Current CEO, Andrew Witty, will step down from the position he has held since 2008. He has been under fire from investor groups over the past three years as sales and profits at the pharmaceutical giant have flagged. Headquartered in the U.K., GSK is one of the world’s leading research-based pharmaceutical and healthcare companies.

Chairman Philip Hampton said the selection of Ms. Walmsley followed a “thorough and rigorous” global selection process carried out by the company’s board of directors under the watchful eyes of executive recruitment firms Egon Zehnder and Korn Ferry, which drew up a list of potential candidates, both from within the company and outside of it, with a focus on the pharma industry itself.

According to sources, likely inside candidates included GSK’s global pharmaceuticals head, Abbas Hussain, as well as Ms. Walmsley. Finance chiefs have also seen their competencies tapped for chief executive roles recently; therefore GSK CFO Simon Dingemans, a former Goldman Sachs banker, had been mentioned by recruiters unrelated to the search as a potentially strong candidate. But in the end it went to a company insider with a consumer products bent and global vision.

Ms. Walmsley has been a member of GSK’s top executive team since 2011, a year after she joined GSK from L’Oreal. She held a variety of marketing and general management roles in the Asia, Europe and U.S. at the French cosmetics company for 17 years. From 2007 she was based in Shanghai as general manager, consumer products for L’Oreal China. She also served as a non-executive director of Diageo plc.

“I am very pleased to announce Emma’s appointment, after what has been a very thorough and rigorous global selection process carried out by the GSK board of directors,” said Mr. Hampton. “Emma is an outstanding leader with highly valuable experience of building and running major global businesses and a strong track record of delivering growth and driving performance in healthcare.”

“I am delighted and honored to be appointed GSK’s next CEO,” Ms. Walmsley said. “GSK is a company that leads both in science and in the way it does business. We have momentum in the group and as the demand for medical innovation and trusted healthcare products continues to rise, we have the opportunity and the potential to create meaningful benefits for patients, consumers and our shareholders.” Ms. Walmsley said she expects a “smooth handover” as the company’s succession process now moves into high gear.

Over the past year, Hunt Scanlon Media has reported on a number of global initiatives underway to mobilize efforts at supporting and expanding opportunities for women in the C-suite and corporate boardroom. “Search firms are part of the vanguard of thought leaders spearheading national campaigns to increase female representation at the executive and board levels,” said Scott A. Scanlon, Hunt Scanlon founding chairman and CEO.

Check Out These Related Articles On Pharmaceutical Recruiting: