Menu
View our Events
Stay Connected:
Companies are facing daunting talent shortages and that's leading them to look inward for labor support. A new report examines tactics organizations are using to widen talent pipelines. Recruiters weigh in on why insiders might have an edge. 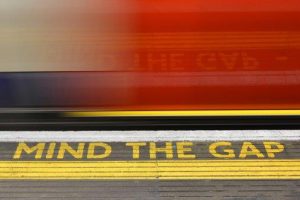 April 3, 2017 – Since the financial crisis of 2008, there has been an emergent skills gap that has plagued almost every industry. While organizations have implemented a series of measures to improve oversight of labor costs and value returns, they have focused more on improving the quality of talent acquisition than they have on sustaining employee performance. And that’s leading to new talent management concerns nearly a decade on.

A just-released report by Aberdeen Group, which looked at the problem in depth, has concluded that as employers experience sustained pressure from the skills gap, they have been turning to outside employment channels to resolve the issue, even though insiders have proven skills, track records of success and are the better fit culturally. The survey showed that only 23 percent of best-in-class companies are focusing on hiring roughly equal amounts of employees internally as externally.

The data is consistent with earlier findings that showed companies being able to deliver only 67 percent of the leaders they will need in the coming three to five years. That inability to keep a steady flow of people moving up the ranks is precisely what concerns most executive recruiters, who believe weak talent pipelines could have a crippling effect on the competitive advantage these businesses now maintain.

The Power of Resident Talent

The report’s findings noted that one talent management technique that employers are turning to, assessment, is being used to establish the qualities that define leaders and workforce participation in the context of management goals. Aberdeen found that best-in-class companies are 32 percent more likely than all others (68 percent vs. 46 percent) to use assessments to establishment high quality talent benchmarks.

Aberdeen noted that as employers constantly redefine internal resource management criteria and turn more to external candidates to widen their talent pipelines, they are losing the ability to drive greater productivity through routine reassessment of their internal workforce.

“Executive search firms are well placed to conduct highly confidential, objective assessments of their clients’ existing leadership team and to calibrate each executive against the external market,” said Mark Oppenheimer, group managing partner — Americas, Marlin Hawk. “Using sophisticated assessment tools, they delve into the individual’s potential and compare knowledge, skills and experience with acknowledged ‘best in class’ counterparts in other organizations. Their findings should include recommendations for coaching and upskilling members of the client’s existing executive team, as well as identification of gaps requiring external hires.”

To sustain corporate success, he added, it is critical to know who will be leading an organization in years to come. “Succession planning should be an ongoing, pro-active process. Executive search firms have the ideal skillset to assess the experience and capability of a specific layer of management and build a shadow board across each position, with a diverse range of engaged, world class profiles to meet every contingency.” The healthiest talent pipelines, he said, will include a blend of internal and external candidates, never underestimating the power of resident talent.

Managers estimate that one-in-five employees should not have been hired. That is a stunning acknowledgement, perhaps, that old methodologies used to identify and assess talent might be insufficient, at best. But new data reveals that talent assessments are actually helping more than we thought, especially in how employers are reducing the number of regretted hires, thereby enabling leaders to focus their energies on core growth strategies to drive their businesses forward ….. Here’s some further reading from Hunt Scanlon Media.

Assessment Tools to Play Bigger Role In Hiring
New research takes a close look into why talent assessments are so important during a time when the battle for the best worker is more fierce than ever. Here is a closer look into the report’s findings and the top five benefits of talent assessments.

Nearly all (90 percent) of executives polled in a recent survey said that retention of new hires, defined as joining from outside the company, is an issue in their organization, according to a report by the Futurestep division of Korn Ferry. The majority of executives reported that between 10 to 25 percent of new hires leave within the first six months.

The top reason new recruits leave, according to the survey, is their role is different from what they expected it would be during the hiring process. “With low unemployment rates and increased need for specialized talent, keeping new hires is a critical issue,” said Bill Gilbert, president, North America, Korn Ferry Futurestep. “It’s incumbent upon recruiters and hiring managers to paint a clear picture of what will be expected of the candidate in his or her new role, and make sure promises of resources, job structure and reporting relationships are fulfilled.”

Nearly one fifth (19 percent) of respondents said new hires leave because they don’t like the company’s culture. “Especially for Millennials, company culture is key to job satisfaction and companies must ensure they are correctly portraying the culture during the recruiting and onboarding processes,” said Tim Powell, managing director for Futurestep’s ANZ business.

“Onboarding must be about more than just the basic administrative processes such as entering time, submitting paperwork and logging onto the intranet,” said Mr. Gilbert. “It should be an in-depth process that introduces the new hire to company culture, vision and strategic priorities, and should also help new hires understand available development opportunities to help them succeed in the organization.”

Nearly half (42 percent) of respondents said they use data collected during the recruiting process, such as candidate assessments, to help with onboarding once the candidate is hired. “Many of today’s assessments provide a treasure trove of information about the candidates, such as their competencies, traits, drivers and experiences,” said Mr. Powell.

Insiders Have an Edge

“There is no doubt internal candidates have an edge in tight talent markets,” said Jose Ruiz, chief executive officer of executive search firm Alder Koten. “Risk and learning curves are involved in every role and every candidate comes with a risk vs reward equation.” He said it’s up to hiring managers to determine the risk they’re willing to take to eliminate some of those curves to reap the rewards.

“Insiders have a leg up over outsiders in that they know the culture from being on the inside, and have probably forged valuable relationships with other key stakeholders,” said Rod McDermott, co-founder and managing partner of McDermott & Bull. But if the company is in need of a transformation, for example, “an outsider will not be as hamstrung by those relationships and by traditional cultural norms in making tough choices about people, culture, and direction for the company,” he said.

In cases where there are strong inside candidates, and the company is performing well and not in need of a major transformation, he said, just  showing insiders that the board and leadership value loyalty and longevity might entice others to stay longer because they’ll see opportunity for growth. “The reverse can also become the brand – that insiders don’t get to run the company and that the board will often look to an outsider when the CEO or other top leadership roles need to be filled,” he noted.

If an inside candidate feels they were given a fair shot at the opportunity, they will more likely remain loyal to the company after the process ends, he added, even if they’re not chosen. “And, they can be a valuable resource to the chosen candidate as the top insider with the most relevant expertise,” he added.

“These days, executive search partners do not think exclusively about external candidates, but take a holistic view on talent management that includes organizational design, benchmarking, succession planning and coaching,” said Mr. Oppenheimer. “This broader approach is becoming the new norm. Insiders should be nurtured and promoted wherever possible and never overlooked, unless there is a substantial gap between the expertise needed and that available within the company.”

Simon Clark, CEO executive search firm Clark Langdon Partners, sees it a different way. “We have to ask,” he said, “‘Why is there a talent shortage in the first place and is the company really committed to the talent agenda? Are they really tapping into the global talent pool? If so, how, and if not, why not?'” The answers to these questions can be very telling, he said.

“That’s the attraction question, then, of course, retention is an entirely different ball game,” he said. “You have to look at the best-in-class culture, the workplace, learning & development programs, career tracking, career levelling, talent management programs, career mobility and total rewards. These all play a fundamental part in a company’s global people agenda that helps retain, develop and promote their most loyal internal people.”

A CHRO View on Building Great Teams, From Inside and Out Workplace Expert Offers Eight Tips for Replacing Baby Boomers This Recruiter's Top Five Secrets for Landing Candidates Insider or Outsider? Spencer Stuart In CEO Hunt for Alexion Pharmaceuticals An Insider's Guide to Coaching & Leadership Development