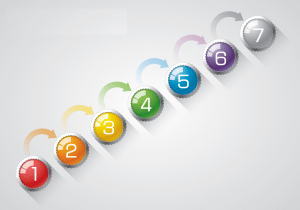 November 23, 2016 – Many boards are now looking for concrete suggestions for making diversity an integrated part of their agenda. There is now broad consensus that having a diverse board, where directors are drawn from both genders and from an array of races and ethnicities, provides the breadth of perspective that is essential in today’s global dynamic environment.

But heightened awareness does not always translate to greater progress. A new report by Egon Zehnder explores seven steps for creating a more diverse board. In working with hundreds of nominating and governance committees around the world from a wide range of industries, the global search firm finds that the boards that have made the greatest strides follow many, if not all, of the seven steps listed below:

As the following points illustrate, fostering boardroom diversity is about more than filling a vacant seat with a diverse candidate — it reaches from the board’s culture to the company’s talent pipeline. Because of this, it is critical for the board chair, the lead independent director and the nominating and governance committee chair of companies to be personally committed to diversity and to view diversity as an ongoing, multifaceted process.

This goes beyond a review of the bylaws and director succession plan. The nominating / governance committee’s track record in building a diverse board needs to be examined at each step, from the identification of possible candidates to the creation of a short list to the actual nomination and acceptance. Where diversity is below the desired level, the board must determine whether there is a process issue, like failure to reach beyond personal networks or unconscious biases in how candidates are evaluated. Boards wishing to jump-start their diversity momentum may consider mandating that diverse candidates be included in each director search.

Activist and institutional investors have placed a heightened emphasis on the alignment between the organization’s strategy and the competencies and experiences around the boardroom table. This provides an opening for casting a net beyond the usual pool of current and retired CEOs to include diverse candidates who may be a rung below the CEO, yet who have the necessary perspectives and expertise aligned with the company’s strategic imperatives.

Identifying viable diverse board candidates below the CEO level requires a concentrated effort that continues between active board searches. The nominating and governance committee needs to gather intelligence on an ongoing basis as potential candidates move up the ranks and should forge relationships with them early. This will allow the committee to make a confident evaluation when the time comes and make it more likely that these highly sought after candidates accept a seat.

The benefits of having diverse perspectives in the boardroom are considerable, but they can be realized only if the board’s discussions and decision making incorporate and value a range of viewpoints. A board can fail to provide this inclusive environment without realizing it; for example, a board may emphasize consensus to the point that dissenting views are stifled. A third party assessment by an experienced facilitator often can identify these roadblocks through confidential interviews, an examination of the board’s workflow and procedures, and other diagnostic tools.

Ideally, a board is not just an oversight committee but a tightly knit group that relies on trust and collegiality inside and outside the boardroom. For the viewpoints of diverse directors to be given weight in the board’s deliberations, those directors need to be integrated into the social fabric of the board and to be supported in building relationships with management. At least one senior board member needs to take responsibility to ensure that diverse members are not just invited but truly included in the board’s informal gatherings and discussions.

According to a recent McKinsey & Company study of 118 U.S. corporations, while women are approaching parity (45 percent) with men in entry-level management track positions, that figure drops to 32 percent at the mid-management director level and 17 percent in the C-suite — and other research shows many of those female C-suite members are leading support functions such as marketing or legal. Egon Zehnder’s observation has been that the state of ethnic and racial diversity in leadership pipelines is no better.

But establishing a more diverse leadership pipeline is a complicated problem involving broad societal issues like work-life balance, gender roles at home and the default tendency of people to gravitate to — and provide opportunity — to those most like themselves. The report says boards should ensure that management is promoting diversity in the development of the company’s leadership ranks, and individual directors should exert their influence on boards on which they serve and the company where they hold a management position. Increasing the diversity of management pipelines is a joint problem that requires collective effort. 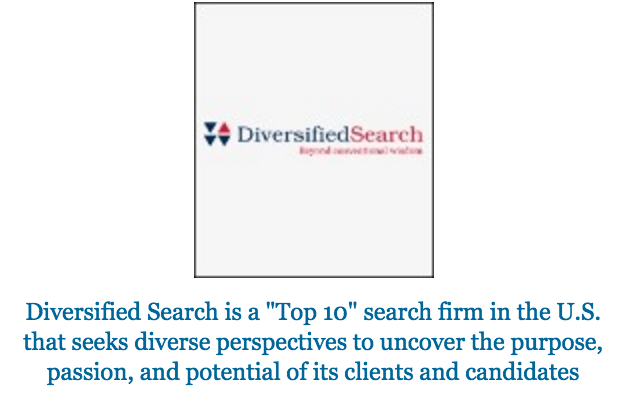 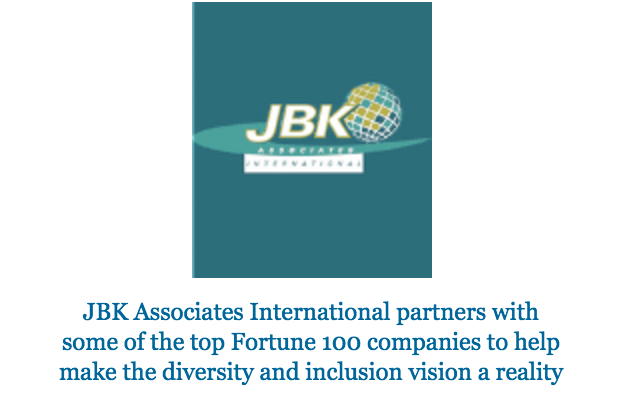 While awareness of the importance of diversity continues to grow, actual progress has not kept pace. CEOs and boards that recommit themselves to greater diversity in the boardroom and the C-suite can become meaningful role models for others while achieving the benefits diverse perspectives bring to leading in a complex world.

According to PwC’s just-released 2016 ‘Annual Corporate Directors’ survey, nearly all directors (96 percent) agree that diversity is important. But how important it is and how much it helps depends on whom you ask. Female directors have a much stronger opinion about the benefits of board diversity than male directors.

One of the main difficulties in adding diversity to the board is that many boards look to current or former CEOs as potential director candidates. But only four percent of S&P 500 CEOs are female, according to a poll by Catalyst, and only one percent of the Fortune 500 CEOs are African-American.

Another study by talent leadership provider Korn Ferry found that companies with diverse representation in the boardroom tend to be more profitable. The report found that despite a compelling business case for board diversity, the increase in gender board diversity continues at a slow pace.

Colleen Hulce, founder and CEO of search firm Hulce Associates based in Marina Del Ray, CA, said the major emphasis has been on recruiting females to boards for the last several years. But, she said, “there is still tokenism at play to the extent that once a board has one or two women there’s the sense, ‘That’s enough, we are now diverse,’ when the reality, of course, is that the gender is still under-represented.”

Heidrick’s board monitor report also found that only 16 of directors were Hispanic — a measly four percent. Over the past seven years, an average of 4.7 percent of new directors have been Hispanic. That dire statistic reveals there has been no discernible upward trend. As the Hispanic share of the U.S. population has grown during those years, the gap of under-representation in the boardroom has therefore widened.

“The United States has the second-largest Spanish-speaking population in the world, only Mexico’s is greater. U.S. Latinos collectively represent the world’s 14th largest economy, yet Hispanic directors continue to be largely absent from the corporate boardroom in America,” said Cid Wilson, president and CEO of the Hispanic Association on Corporate Responsibility (HACR). “The business case for appointing Hispanic directors has become even more compelling today. Companies need to do more to recruit Latinos into the boardroom if they are to compete successfully for the growing Latino consumers and future talent.”

Much the Same for African Americans and Asians

In Other Countries It’s Even Worse

Despite slowing progress in the U.S., other countries have fared far worse when it comes to gaining new women directors.

Women make up just 10.2 percent of all directors across boardrooms in Asia Pacific, according to a recent study by Korn Ferry and the National University of Singapore (NUS) Business School’s Center for Governance, Institutions and Organizations (CGIO). The research showed some countries with very low female board representation, including: South Korea (women only occupying 2.6 percent of boards seats); Japan (3.3 percent); and Singapore (7.7 percent). Most of the countries reviewed in the report showed little or no improvement in gender diversity, with the exception of Australia, Malaysia and India.

“There is no doubt that a gender-balanced and diverse board can add real value to operational and financial performance,” said Alicia Yi, managing director, board & CEO services at Korn Ferry. “We have a long way to go when it comes to fully embracing diversity. Thus, a stronger push is needed to bring corporate boards to the next level in the region.”

Within Latin America, women hold only 6.5 percent of board positions, according to Egon Zehnder’s ‘2016 Latin American Board Diversity Analysis’ report. Low female board representation was widespread through the region with only Columbia (14 percent) having more than 10 percent of women board directors. All other countries had eight percent or less.

“When compared to Europe, the U.S. and Canada, Latin America lags behind in the percentages of sitting women board directors and in the rate of annual appointment,” said Cristina Manterola, a Santiago-based Egon Zehnder consultant and regional leader of the firm’s global diversity & inclusion council. “While it appears that the idea of gender diversity in the boardroom may be gaining some traction in Latin America, businesses must accelerate the cultivation of ready women candidates and increase the pool of board-ready women nominees as other regions have done at an aggressive rate.”

Carrington & Carrington Recruits Chief Diversity Officer for McDonald's Establish a Diversity Baseline and the Money Will Follow Path to Profitability: The Business Case for Board Diversity Why is There No Room for Hispanics On Corporate Boards? Women Gaining Top Jobs at Elite Recruiting Firms Global Boards Step Up Efforts to Broaden Roles for Women Search Firm Launched to Serve Black Colleges Empowering Female Leaders One Country at a Time Why Women Matter In the Talent Game Women Static In Workforce But Gain As Top Talent Advisors Are We Approaching a ‘Tipping Point’ In Gender Leadership Equality? Boards Seek Diversity With Help of Executive Recruiters Women Gaining Top Jobs at Elite Recruiting Firms

Correlations Between Executive Search and Sustainability