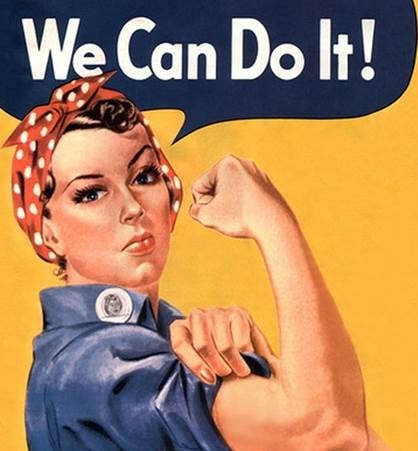 March 8, 2016 – Egon Zehnder today is launching a unique global dialogue around the opportunities and challenges faced by young women in the modern business world.

Marking International Women’s Day, the search firm is hosting a global event series, “Leaders and Daughters: Cultivating the Next Generation of Women,” bringing together renowned leaders and their talented daughters in 16 locations – from Singapore to Sao Paolo – to discuss their professional ambitions.

Zehnder’s global symposium is expected to shine a spotlight on the critical issue of women leadership issues. The firm hopes its efforts will “foster a new movement to shatter the glass ceiling once and for all.” It will not be an easy undertaking. According to its own research, only 3.7 percent of executive directors are female worldwide.

“This starkly demonstrates the colossal task faced by all businesses in diversifying the global pool of senior talent,” said Zehnder’s CEO, Rajeev Vasudeva.

International Women’s Day is being commemorated globally today, galvanizing attention on gender equality and women’s rights issues. The 2016 theme, “Planet 50-50 by 2030: Step It Up for Gender Equality,” has been organized to underscore the urgent need to accelerate concrete actions towards a more equitable world.

“Around the globe, women continue to contribute to social, economic, cultural and political achievement,” said Scott A. Scanlon, founding chairman and CEO of Hunt Scanlon Media. “And there is a lot to be thankful for today and much to celebrate. But progress towards gender parity has slowed in so many places. That’s the concern moving forward: We simply are not doing enough.”

Over the past year, Hunt Scanlon has reported on a number of global initiatives underway to mobilize efforts at supporting and expanding opportunities for women in the C-suite and corporate boardroom. “Search firms are part of the vanguard of thought leaders spearheading national campaigns to increase female representation at the executive and board levels,” said Mr. Scanlon.

Egon Zehnder, he said, launched ’25 by 25’ two years ago, committing to a target of 25 female chief executives of FTSE 100 companies by 2025. “This would be a five-fold increase on the number now,” said Mr. Scanlon. Zehnder, which advises roughly half of the U.K.’s FTSE 100 companies on succession planning and recruitment, said that only nine percent of top executive jobs at British companies today are filled by women.

Zehnder also unveiled a ’20 by 20’ initiative in Singapore in 2014 aimed at catalyzing change and helping women to obtain 20 percent of SGX-listed company board seats by 2020 (at launch time, just eight percent of corporate board members on that index were women).

“Egon Zehnder should be lauded for these ambitious efforts and its commitment to the diversity agenda,” said Mr. Scanlon.

A number of other awareness campaigns to drive women into higher positions of authority have been set in motion by a myriad of search firms and corporate governance concerns, including these:

Hunt Scanlon is participating in a media support function for Egon Zehnder and will live stream the search firm’s event from Chicago and San Francisco as an “Emerging Voices” feature on its website homepage this evening beginning at 7:45pm.

For more information on the Leaders & Daughters symposium, check out this short video:

Each participating country in Zehnder’s two-week long symposium will convene a panel of its ‘best and brightest’ leaders, all recognized in their respective cities and with daughters in the early stages of their careers. According to the firm, each session represents the start of a local crusade to uncover what is needed to educate, engage and encourage women in their quest to achieve their highest ambitions.

The resulting insight will be critical in determining whether women face the same challenges and harbor the same ambitions across the globe. The outcomes could be used to create valuable local ‘blueprints’ for Egon Zehnder, which can then be used to embed positive behaviors around accelerating professional development and helping women to reach their potential among its international client base.

“Diversity is the beating heart of our business,” said Mr. Vasudeva. “Through convening these hard-hitting and vital global conversations, we want to create lasting and meaningful solutions, which can be adopted by any company, no matter how big or small.”

Check Out These Related Articles On Workplace Gender Equality: