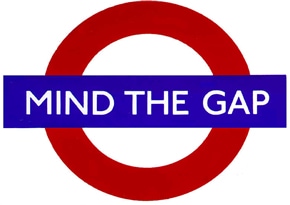 June 8, 2016 – Randstad Sourceright has released ‘Turn Diversity and Inclusion into a Talent Strength: A Six-Pack Strategy for Driving Measurable Improvements,’ a report providing an in-depth look at what companies can do to create a successful diversity and inclusion strategy.

“More companies today recognize the value of a strong diversity and inclusion strategy and its role in creating an effective and competitive workforce; the challenge, however, lies in applying meaningful metrics to drive performance and accountability,” said Peter Vermuelen, head of HR Americas for The Linde Group and author of the report. “To truly leverage the power of a diverse workforce, companies must not only figure out how to attract diverse talent, but also focus on the inclusion aspect – creating a high-performing team of qualified individuals who want to stay with the organization for the long term, feel a part of its culture and see the opportunity to continually grow and advance their careers.”

“Improving organizational diversity has become a top priority for many organizations, but it’s important to understand that creating a more diverse and inclusive workplace doesn’t happen overnight,” said Audra Jenkins, senior director, diversity and compliance for Randstad Sourceright. “By taking the steps to identify what may be impacting diversity hiring and retention, and introducing the strategies to address these hurdles, companies can achieve a state of continuous improvement.”

One Size May Not Fit All

Despite the report’s emphasis on the importance of diversity at the upper levels of a company, it doesn’t appear to be happening at many organizations.

Similarly the TRANSEARCH study found that only one fifth of newly appointed CFOs were diverse candidates. The CFO position nearly matched the CEO’s low ratio of female appointments. Across all executive positions, the CFO role exhibited the lowest ratio of newly appointed executives who were racially or ethnically diverse.

When looking into other senior roles, TRANSEARCH found more encouraging results. Nearly one third of newly appointed CIOs were diverse candidates, a higher ratio than with CEOs and CFOs. But across all industries, nearly five times more men than women were appointed CIO. Across all executive positions, the CIO role exhibited the highest ratio of newly appointed executives who were racially or ethnically diverse.

“An approach to diversity that fits one organization may not fit another,” said Mike Morrow, managing director with TRANSEARCH. “Many organizations have sought to increase their mix of diversity employment by implementing mentorship programs – with sponsors in the C-suite – that recruit, develop and retain minority employees.” Others, he added, have cultivated formal alliances with networking associations, professional advocacy groups, and related non-profits.

Establish a Diversity Baseline and the Money Will Follow Path to Profitability: The Business Case for Board Diversity Why is There No Room for Hispanics On Corporate Boards? Path to Profitability: The Business Case for Board Diversity Women Gaining Top Jobs at Elite Recruiting Firms Carrington & Carrington Recruits Chief Diversity Officer for UPMC Global Boards Step Up Efforts to Broaden Roles for Women Search Firm Launched to Serve Black Colleges Empowering Female Leaders One Country at a Time Why Women Matter In the Talent Game Nordic Countries Outpace Global Regions for Female Directors Women Static In Workforce But Gain As Top Talent Advisors Are We Approaching a ‘Tipping Point’ In Gender Leadership Equality? Boards Seek Diversity With Help of Executive Recruiters