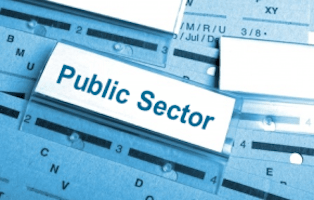 November 28, 2016 – Russell Reynolds Associates has recruited Art Acevedo as the next chief of police for the city of Houston. He becomes the first Latino to take on the Houston police’s top post. Mayor Sylvester Turner made the official announcement last week.

Chief Charles McClelland had announced his retirement after 39 years with the Houston Police Department. Stephen Newton, area manager for the Dallas and Houston offices of Russell Reynolds, led the search, which was done pro bono.

According to reports, the successful candidate needed to embrace historic reforms in Houston Police Department operations if a number of key recommendations by Mayor Turner’s transition team on criminal justice were to be followed and implemented.

In his new role, Mr. Acevedo will be in charge of more than 5,000 officers, twice as many as he led in Austin. This includes four executive assistant chiefs, 10 assistant chiefs, 44 captains, approximately 220 lieutenants and 900 sergeants. It is one of the largest police departments in the U.S. (No. 5) and the state’s largest.

Mr. Acevedo has served as Austin’s police chief since 2007. His 30 years of law enforcement experience began as a field patrol officer in East Los Angeles. In Austin, he oversaw a department with more than 2,400 sworn officers and support personnel and a $370 million annual budget. He joined the department at a time when relations with minorities were strained due to questionable police shootings.

He has been credited for a commitment to police legitimacy, accountability and community policing and engagement. His accomplishments include creating a special investigative unit to criminally investigate officer involved shootings and a new disciplinary matrix.

“It’s time for a change. We knew it; he knew it. We are very happy that he is going to Houston because we know he will do a great job there,” said Ken Casaday, president of the Austin Police Association.

“Houston is getting a world-class police chief,” said Austin Mayor Steve Adler in a statement. “Chief Acevedo has made our community safer and closer, and he is trusted and much loved by so many. Austin is losing a moral and joyous leader, and I’m losing a friend.”

“I believe the timing is right for me to take on the opportunity to work for Mayor Turner and lead the men and women of the Houston Police Department and serve the people of Houston,” said Mr. Acevedo.

Houston is a significant hub for trafficking of cocaine, heroin, MDMA, and methamphetamine due to its size and proximity to major illegal drug exporting nations. It is also one of the country’s largest hubs for human trafficking.

The public sector is in the midst of major transformation, facing a wide spectrum of challenges ranging from changing public expectations to budgetary pressures and the growing demand for operational efficiency. Russell Reynolds Associates said that to successfully navigate these areas, government organizations need leaders who are focused, tenacious and adaptable, with the capacity to deal with significant scale, complexity and ambiguity.