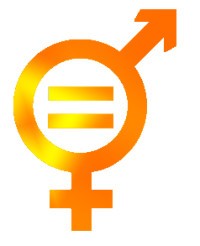 November 16, 2015 – Women at Canadian companies only account for 8.5 percent of chief executive positions among the country’s top 100 companies, but advocates are optimistic that number will rise in coming months. Canada’s new Prime Minister Justin Trudeau set a milestone in Canadian politics recently when he unveiled a new cabinet with equal numbers of men and women. When asked why having a gender-balanced cabinet was important to him, Mr. Trudeau responded: “Because it’s 2015.”

“We are hopeful that Trudeau’s leadership in this area will trickle down throughout society, in particular to business where corporate Canada is lagging on this front,” said Jay Rosenzweig, managing partner of Rosenzweig & Company. Canada is approaching a ‘tipping point’ towards gender equality in business, said Mr. Rosenzweig. “There are several powerful forces that are creating change.”

Despite making up approximately 47 percent of the Canadian workforce, women hold under 10 percent of the highest-paid positions in Canada’s top 100 companies, according to the annual Rosenzweig Report on Women at the Top Levels of Corporate Canada. Forty-five women hold named executive officer (NEO) jobs such as chief executive, chief financial officer and vice president, but eight of them are CEOs.

According to the report, the bigger the company, the fewer women in leadership roles. Of the 25 biggest publicly traded companies in Canada, there are only four female executive officers. That means at the ‘biggest of the bigs,’ most of the top executives remain men. These 25 companies have annual revenue ranging from $12.4 billion to $38.8 billion.

Despite the low overall number, women’s representation in executive roles is increasing, albeit painfully slowly. The first report Rosenzweig & Company released in 2006 showed only 4.6 percent of the positions filled by women, and a later report in 2011 showed 7.4 percent.

“We need better education, better awareness, better understanding,” said Mr. Rosenzweig. “But it can be frustrating because this will be the 11th annual Rosenzweig Report on Women and the needle has not moved as much as we hoped it would when we started more than a decade ago. And the old excuse about the difficulty in finding qualified women candidates simply doesn’t wash in 2015.”

In the past year, Canada’s federal government stepped up and urged companies to hit the 30 percent level for women on boards by 2019. In a classic carrot-before-the-stick maneuver, the government made it clear it prefers voluntary increases but doesn’t rule out imposing hard quotas, if necessary.

In the report: ‘Good for Business: A Plan to Promote More Women on Canadian Boards,’ Dr. Kellie Leitch, Canadian Minister of Labor and Minister of Status of Women, said: “The Government of Canada believes that increasing economic opportunities for women, including increasing their representation on corporate boards, makes good sense for Canadian women, and for our economy. I am confident that the Advisory Council’s report will help engage Canadians in the effort to advance more women than ever before into positions of leadership.”

Initiatives to increase women representation in the boardrooms at Canadian companies are well underway. In 2012, the Canadian government established an advisory council to examine the issue, as only 10.3 percent of seats on boards were occupied by women at that time. Their report, released in June 2014, examined some of the best practices of corporate Canada to help women advance to leadership positions on boards of directors.

The 30% Club, established five years ago with the goal of bringing FTSE 100 board membership representation of women to 30 percent by the end 2019, has recently been launched in Canada. Victor Dodig, CEO of the Canadian Imperial Bank of Commerce, has been appointed to head the Canadian chapter, which includes 28 founding members, largely comprised of chairs and CEOs from 22 different businesses, including Bank of Montreal, the Royal Bank of Canada, and KPMG Canada. Mr. Dodig will be supported by a steering committee responsible for overseeing numerous working groups, including an executive search firm committee co-led by partner Jane Griffith of Four Corners Group. The Canadian chapter comes on the heels of recent 30% Club openings in the U.S., Ireland, Southern Africa, Australia, and Malaysia.

“Canada is very progressive,” said Ms. Griffith. “Canadian companies have moved beyond the 20-plus percent mark of women representation in the boardroom.” The 30% Club, Ms. Griffith said, began as an initiative to bring gender balance into the workplace. “It has now become an international movement, committed to realizing a pipeline of senior female talent from ‘schoolroom to boardroom.’”

The drive for more female board members is a global phenomenon and studies have found that progress is being made. Korn Ferry’s Market Cap100 (KFMC100) study found that 20 percent of new directors were women.

Another Korn Ferry report found evidence that women are making strong gains in the most sought-after top-slotted roles in global companies. And according to another one of the search firm’s surveys, more women in the U.K. have joined the boards of FTSE 350 companies as new non-executive directors. Thirty-nine percent of first-time FTSE 350 non-executive appointees were women last year, up from 28 percent in 2013 and 11 percent in 2007.

Recent research released by Heidrick & Struggles indicated that progress for women in boardrooms within the Fortune 500 was accelerating. Of the 339 new directors appointed in Fortune 500 boardrooms last year, 99 were women, representing 29.2 percent of the total. That compares with 25.9 percent in 2013 and 22.8 percent in 2012. The Heidrick & Struggles Board Monitor projects that women will account for 50 percent of new board directors in the Fortune 500 in the U.S. for the first time in 2024 — nine years from now.

The National Association of Corporate Directors (NACD), the advocate for the profession of directorship and advancing board leadership, anticipates that a likely outcome of increased board turnover will be an increase in diversity in the boardroom. NACD released new findings from its forthcoming 2015–2016 Public Company Governance Survey which showed that board turnover continues to increase.