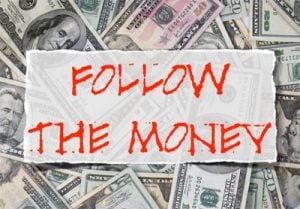 May 31, 2016 – The new ‘Women Count’ report by The Pipeline and executive search firm Ridgeway Partners has established a baseline for the number of women who hold executive positions at FTSE 350 companies in the UK. The study also looks at whether there is any financial benefit for companies from having women on executive committees.

Short answer: there is, and it comes on the heels of another recent report tying gender diverse boardrooms to a higher return on equity at those companies. Maybe, just maybe, we’re finally on to something here.

Drawing a Line In the Sand

In addition, the 169 FTSE 350 companies with at least one woman on their executive committee were found to have a better return on capital by a margin of 5.6 percentage points on average than those with none.

Donald Brydon, chairman of London Stock Exchange Group, lays down the challenge in his foreword to the report: “It will be very interesting to see how these figures develop over the coming years. After decades working in business, both in Britain and around the world, it is clear to me that a truly diverse workplace brings enormous benefits to men and women alike – and to society at large.”

In many ways, ‘Women Count’ draws a line in the sand for the FTSE 350. “Given that we value what is measured, we hope an annual record will drive companies to action,” said Lorna Fitzsimons, co-founder and CEO of The Pipeline. “The issue won’t be fixed overnight. Programs addressing ‘the attainment trap’ are needed to ensure a healthy internal pipeline. But this report demonstrates that getting more women in executive positions is not just a matter of diversity, it’s a matter of making more money.”

The Pipeline report, which also included recent research by the International Monetary Fund (IMF), found that in Europe, national policies can boost women’s participation in the workforce and enhance their chances for advancement. The research, which looked at two million companies in 34 countries across Europe, says that the more women in senior managerial positions and on corporate boards, the more profitable their organizations are. One more woman in senior management or on a corporate board is associated with eight to 13 basis points higher return on assets. “That metric alone should fuel every decision being made to expand and deepen a company’s talent base,” said Scott A. Scanlon, founding CEO of Hunt Scanlon Media.

In regions like Europe — where populations are ageing, the working-age population is being squeezed, and productivity growth is declining — there is more incentive than ever to level the playing field for women to work full time and climb higher up the jobs ladder.

Over the past three decades, millions of women in Europe have joined the labor force. Countries such as Spain and Ireland have seen the share of women who work outside the household double since the 1980s—from under 40 percent to more than 80 percent in the case of Spain. In several Nordic and Eastern European countries, women today are almost as likely to work for pay as men are.

At the same time, legal requirements for gender diversity in corporate boardrooms have helped boost women’s representation in top decision making positions—women now hold almost a quarter of senior management or board positions in the corporate sector across Europe. Executive search professionals have been leading the charge to help diversify their client companies, but many feel their progress has been painfully slow for a whole host of factors.

The IMF research confirms that the positive relationship between more women high on the corporate ladder and companies’ profitability is pronounced in sectors where women form a larger share of the labor force, highlighting the importance of bridging gender gaps between senior executives and the general workforce. This positive association is also more evident in knowledge-intensive services and high-tech manufacturing sectors, where diversity, including gender diversity, can help meet the high demand for creativity and innovative capacity.

McKinsey’s ‘Women Matter’ report did a similar but more focused survey with business executives around the world. The top four attributes for leadership characteristics they tracked were: intellectual stimulation, inspiration, participatory decision making, and setting expectations & rewards. These factors were more commonly found in women leaders. Further research by McKinsey highlights that as much as $12 trillion could be added to global GDP each year by 2025 by advancing women’s equality. In a “full potential” scenario in which women play an identical role in labor markets to that of men, as much as $28 trillion, or 26 percent, could be added to global annual GDP by 2025.