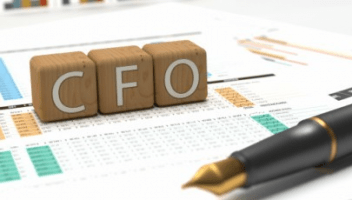 November 23, 2016 – Executive search firm Spencer Stuart has been retained by Entercom Communications Corp. to lead its search for a new chief financial officer. Steve Fisher will be stepping down as executive vice president and CFO of the company effective in 90 days.

“Steve has been an outstanding leader at Entercom, playing a major role in our success over the 18 years he has been with the company,” said David J. Field, Entercom’s president and chief executive officer. “He has been involved in many aspects of our growth and development and made a meaningful impact on our operational efficiency and effectiveness.”

The move comes shortly after the company announced the acquisition of four stations in Charlotte, NC from Beasley Broadcast Group for $24 million in cash. In early November, Entercom also reported a five percent gain in revenues to $120.5 million and net income of $11.4 million. Entercom shares have increased 17 percent since the beginning of the year, while its stock has increased 21 percent in the last 12 months.

Entercom Communications is the fourth largest radio broadcasting company in the U.S., reaching and engaging more than 40 million people a week through its 124 stations in 27 top markets across the country. It is a purpose-driven company, committed to entertaining and informing its listeners with locally curated music, news, sports, and talk content, driven by local personalities.

Spencer Stuart has conducted more than 1,400 finance searches over the past two years for clients that include Fortune 500, FTSE 100, DAX 30 and HS 100 companies, as well as private equity firms and their portfolio companies, emerging companies and non-profit organizations. Financial services is one of the firm’s top producing global search practice sectors, which is today comprised of a team of 40 consultants. Joel von Ranson leads Spencer Stuart’s financial officer practice in North America. In June, Spencer Stuart was retained by Choice Hotels International to lead its search for a new CFO. That search is still ongoing.

As the sector expands, recruiters say a need for top flight financial executives has risen, making CFOs much more in demand than other C-suite leaders. And that begs an interesting question: What are ‘actively-looking’ CEOs most after as they team up with headhunters in the pursuit of their next CFO? The position generally serves as right hand man to the chief executive so the perfect match is critical.

In recent months search firms of all sizes have placed CFOs at various companies. Here is a look at just a few from the Hunt Scanlon Media archives:

Check Out These Related Articles On Search Firms Being Retained for CFO Searches: