November 21, 2016 – Korn Ferry‘s high profile alliance with Major League Baseball has come to an unceremonious end. On Friday, MLB commissioner Rob Manfred, who was recruited into his position by Korn Ferry, said his organization’s relationship with the world’s largest talent provider “really shifted.” As a result, the search firm has been sidelined in its efforts to provide league-wide talent support services to the oldest of the four professional sports leagues in the U.S.

MLB and Korn Ferry forged their relationship 18 months ago in an effort to give minority and female candidates a better chance to land higher visibility positions within the baseball organization. The league at the time instructed Korn Ferry to put a special emphasis on helping some of the most underrepresented groups in the baseball hierarchy gain admission to its top jobs.

But MLB officials grew increasingly frustrated with how things were turning out. “The Korn Ferry relationship on minority hiring, we’ve really shifted,” Mr. Manfred said at a recent owners’ meeting. “Their involvement at the industry level is going to be curtailed on these types of projects because, as we went along in the process, we came to realize there’s a potential for conflicts when they’re doing searches and doing work for us centrally.”

The conflict seemed to revolve around Korn Ferry also doing recruiting work for individual baseball teams. Candidates for team roles were put into direct competition with those the firm was trying to propose to MLB. Baseball will now rely more on in-house recruiting efforts to put minority candidates into front office positions as well as on the field as it seeks to regroup after what many consider to be a very public failure.

“We are proudly a sport on inclusion,” the commissioner said when it brought in Korn Ferry with much fanfare in August 2015. “We must continue to pursue and develop more opportunities for minorities and women throughout our game.” He said the league’s policy would ensure that “active searches of outside candidates for leadership positions will include strong minority and female representation.” In the end, that failed to materialize under its pact with the recruiter.

Korn Ferry’s sports practice is led by Jed Hughes, who has distinguished himself as an expert in identifying, assessing, and developing leaders. A spokesman for Korn Ferry said that Mr. Hughes wouldn’t be commenting on his firing by MLB. But Mr. Hughes told The New York Times that he acknowledged the existence of the conflict of interest based on his search firm’s work for league teams. “We totally understand,” he said. 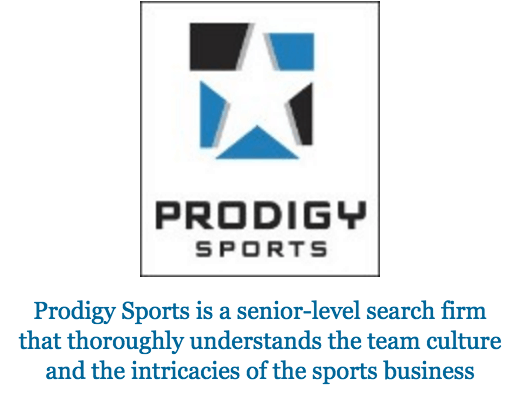 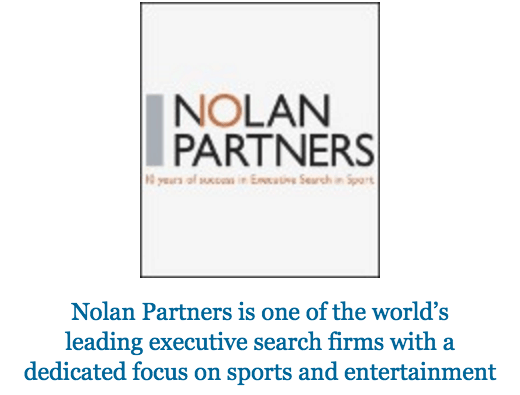 Mr. Hughes has recently placed other minorities in top roles at professional sports teams. Earlier this year, he put Hue Jackson in as the new head coach of the Cleveland Browns. He also recruited Masai Ujiri as the president of the Toronto Raptors. “We’ve placed more diversity candidates in top positions than anyone else in the field,” Mr. Hughes told The Times. Even so, MLB was clearly not a beneficiary of that largesse.

Major League Baseball, might in fact, be dealing with deeper and much broader issues surrounding diversity hiring initiatives that go well beyond its failed partnership with Korn Ferry. Wendy Lewis, MLB’s diversity head, was recruited away recently by rival search firm Carrington & Carrington to serve as global chief diversity officer for McDonald’s, a company that has been widely recognized for its commitment to diversity. According to recruiters, it was arguably the most important top diversity officer searches to come along in years.

Ms. Lewis had ranked among MLB’s highest-rated black executives until six weeks ago. During her tenure at MLB, she developed new initiatives to advance the level of the League’s  workforce and supplier diversity efforts and industry-wide diversity training. She oversaw MLB’s executive development program and diverse business partners program. Ms. Lewis was also responsible for the creation of MLB’s ‘Diversity Business Summit,’ a premier employment conference and supplier diversity trade fair. Her departure has raised more questions about MLB’s commitment to diversity than it has answered.

The absence of managers of color in MLB has been a particular concern in recent years, and that uneasiness triggered the league to bring in Korn Ferry for professional hiring assistance midway through the baseball season last year. But not much happened in the off-season last winter and the 2016 Major League Baseball season began with just three managers of color, seven below the high of 10 managers of color reached in both 2002 and 2009. In the general manager rank, only four people of color served this year. MLB had the largest number of GMs of color in 2009 and 2010 when there were five.

“Honestly, every sports league has their challenges in diversity, but they are all different,” said Chuck Cain, a senior partner and practice leader for the global sports, leisure & entertainment group at Harvard Group International, a search firm that has worked with organizations in the NHL, NFL, NBA, MLS, NASCAR, USL.

“Some challenges reside at the league level, some at the team level, some on the business side, and most on the team performance side. Like the NFL has done with the Rooney Rule and the leagues have worked to implement in more or less formal ways, you have to start with a choice,” he said.

The Rooney Rule is a National Football League policy that requires league teams to interview minority candidates for head coaching and senior football operation jobs. It is sometimes cited as an affirmative action rule, though there is no quota or preference given to minorities in the hiring of candidates. It was put in place 13 years ago and variations of it now exist in other industries.

Over roughly the past 14 years since Harvard Group has been actively tracking its diverse placements (defined as race and gender diversity), over 40 percent of its mandates have been filled by diverse candidates. And in its sports practice, the firm never submits slates of candidates that do not includes diverse professionals.

“We often have to reach outside of sports to identify and attract these candidates, but most of our clients have been open minded to considering them,” said Mr. McMahon. “They not only provide ethnic and gender diversity to the pool, but diversity of thought and experience to the organization once they’re hired.”

Establish a Diversity Baseline and the Money Will Follow Path to Profitability: The Business Case for Board Diversity Why is There No Room for Hispanics On Corporate Boards? Women Gaining Top Jobs at Elite Recruiting Firms Global Boards Step Up Efforts to Broaden Roles for Women Search Firm Launched to Serve Black Colleges Empowering Female Leaders One Country at a Time Why Women Matter In the Talent Game Nordic Countries Outpace Global Regions for Female Directors Women Static In Workforce But Gain As Top Talent Advisors Are We Approaching a ‘Tipping Point’ In Gender Leadership Equality? Boards Seek Diversity With Help of Executive Recruiters Women Gaining Top Jobs at Elite Recruiting Firms