Menu
View our Events
Stay Connected:
The destination may be the same, but research suggests that the path to the corner office is different country by country. Let's go inside the latest demographic study of global chief executives. 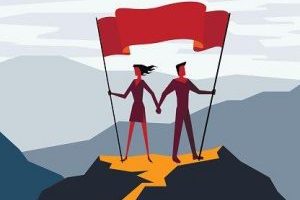 May 1, 2017 – Internal promotions are by far the most likely path to the role of chief executive in the U.S., more so than in Germany, the U.K. or France, according to a new study by Heidrick & Struggles. The firm’s most recent demographic study of global chief executives finds the typical CEO to be largely male, highly educated, and likely to have a background in finance—but with some notable differences country by country.

Heidrick & Struggles’ ‘Route to the Top’ survey explored the background and experiences among those who have climbed the corporate ladder to the highest rung in the largest companies in the U.S., France, Germany and the U.K. The results, in many cases, are surprising.

Internally promoted CEOs in the U.S. wait longer than their counterparts in Europe to receive the nod to move up, and European CEOs are typically younger when promoted. Prior to being tapped as CEO, the U.S. executives toiled, on average, for 20 years within their companies, while their European counterparts attained the top job after spending no more than 14 years, on average, on the inside.

Five Ways to Navigate Your Career In the C-Suite 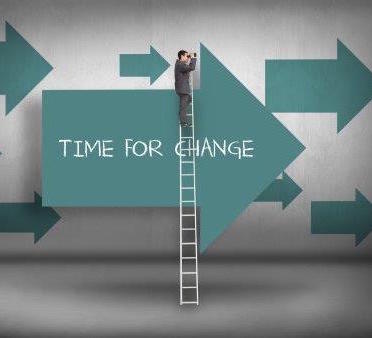 In the upper echelons of business, it seems, not all are created equal — or last as long. CEOs hold onto their roles and are therefore the oldest and the longest-tenured, while CMOs and CIOs are the youngest and shortest lasting. What’s it all mean — and which way will Millennials drive these statistics? Let’s take a look at some just-released data from Korn Ferry.

“It may be surprising to find that U.S. corporations are even more likely than European companies to be led by a CEO who was promoted internally into the role,” said Jeff Sanders, vice chairman and co-managing partner of the firm’s global CEO & board practice. “U.S. companies are far more likely to be heavily influenced by shareholder concerns, which can often favor outside candidates.”

In all four countries Heidrick studied, women continue to represent only a small percentage of chief executives. Although the U.S. leads the way, with about eight percent, that figure marks a decline of one percentage point from 2015 to 2016.

The share of female CEOs in the U.K. rose from five percent in 2015 to six percent in 2016, while the proportion of women CEOs in both France and Germany remained at a dismal two percent and one percent, respectively.

“The small progress women have made over the years in being named to CEO roles has stalled,” said Bonnie Gwin, vice chairman and co-managing partner of the firm’s global CEO & board practice. “Forward-looking companies should be mindful that their succession plans include both women and men, with a particular focus on ensuring they gain the critical experiences necessary to serve as CEO.”

Why Ambitions Fall As Women Strive to Reach the C-Suite

Egon Zehnder uncovers career advancement challenges for women around the world and highlights distinctions in ambition and professional development. Nearly three quarters of women in the early stages of their professional careers aim to reach the top level of the corporate ladder.

Almost all of the CEOs the search firm studied hold at least an undergraduate degree. France has by far the highest proportion of CEOs with advanced degrees, followed by the U.K., the U.S., and Germany. Advanced degrees are defined as master of arts / science, master of business administration, and / or doctoral degree.

The U.S., the birthplace of the MBA program, has the greatest percentage of CEOs who have earned the degree — some 35 percent. But that figure is down from 42 percent in 2015 and sharply down from 49 percent six years ago. The country with the smallest percentage of MBAs at the top is Germany, where CEOs are more likely to have pursued doctoral degrees. In France, most executives graduate from one of the country’s elite grandes écoles. These highly selective institutions typically focus on a single subject such as business or engineering and do not offer MBA degrees.

“Over time, boards have moved away from giving strong consideration to academic credentials of CEO candidates, except in particular instances,” Ms. Gwin said. “Much more important are key experiences relating to the transformation of an operation or responding effectively to disruption.”

Meanwhile, in France, the figure is only 10 percent, up two percentage points from last year. One possible explanation for this low percentage: many French business leaders who graduate from École Nationale d’Administration and spend years in government service build up valuable networks that give them an advantage over outside executives who lack these connections, which can be particularly useful given the heavy involvement of the government in a number of industries.

Given average CEO tenures of six to eight years, the overall profiles for each country change slowly. Nevertheless, in the six years since the inception of the study, Heidrick noted several global trends:

The research encompassed current chief executives of each of the top 100 companies listed in the Fortune 500, the FTSE 100 in the U.K., the DAX 30 and MDAX 50 in Germany, and the SBF 120 in France.

Check Out These Related Articles On Replacing CEOs: