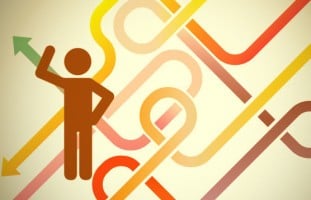 Ms. Cade, who was recently honored as a 2015 ‘Chicago United Business Leader of Color’ and one of Savoy magazine’s ‘Most Influential Black Lawyers’ for 2015, spent the past five years as SVP, corporate secretary, general counsel and chief compliance officer with SunCoke Energy. Prior to that, she worked for PPG Industries in several different roles, including general counsel of its glass and fiber glass division, chief M&A counsel, chief securities & finance counsel, and assistant general counsel & corporate secretary. She has spent over a decade in manufacturing working within multiple industries and is now applying that knowledge and experience in her role at IDEX. She spent the first 15 years of her legal career in private practice at Hopkins & Sutter and Shaw Pittman LLP.

Ms. Moore recently joined Motorists Insurance after a career with the Central Ohio Transit Authority (COTA), where she was VP of legal and government affairs and general counsel. With COTA, she also served as interim vice president of human resources & labor relations and senior legal counsel. Before joining COTA in 2005, she served for two years as a staff attorney in the Franklin County Court of Common Pleas, three years as an assistant city attorney for the City of Columbus and two years as an admissions officer at The Ohio State University Moritz College of Law.

Mr. Williams leads MLA’s Chicago/Midwest general counsel/in-house counsel recruiting team. He is currently a director of three public companies and is a former chief legal officer and corporate secretary of a Fortune 20 company. He and his team of recruiters focus on conducting in-house searches, particularly for general counsel and other senior level positions. He also conducts board of directors searches for MLA’s sister company, Allegis Partners.

The general counsel role has been vital for companies maintaining an international presence. “The role and stature of the general counsel position has expanded globally,” said Mr. Williams. “A greater emphasis placed on compliance, risk management and governance has created greater demand for enhanced skills. The FCPA and other regulatory developments have required general counsels to have a firm grasp of not just global laws but also international cultural dynamics impacting their companies’ increasingly global work forces and customer / client bases.”

So, what traits and skill sets make the ideal general counsel?

“The general counsel is expected to act as a business advisor, strategist and ‘consigliere’ to the CEO and board,” he said. “A successful general counsel must know how to read a room, react and respond to situations, calibrate his/her responses, and pivoting as needed in a fast-changing environment.”

Legal recruiting generally has been booming this year. According to Hunt-Scanlon Media, lawyers employed by government agencies are on the move — a direct result of President Obama’s second term nearing its end. Employment of lawyers is projected to grow 10 percent through 2022. Demand for legal work is expected to be robust as individuals, businesses, and all levels of government require legal services in the U.S. and internationally as global economies expand.

MLA itself has taken steps in recent months to meet the legal industry’s growing need for executive search services. The firm recently launched a solutions practice group across Europe, the Middle East and Africa (EMEA) to assist companies and law firms manage variations to complex legal workloads without adding to permanent headcount resources. Based in MLA’s London office, Laura Fellows now leads the group for this region. In EMEA, the solutions practice group will expand on its buildout in the U.S. and partner with corporate legal departments and law firms to provide traditional interim and flexible workforce solutions for short-term and long-term legal needs.

In the U.S., Cloud Schnoebelen joined the firm as a managing director in its solutions practice group last month. In his new role, Mr. Schnoebelen works closely with corporate legal departments and law firms to identify contract attorneys and legal professionals to fulfill clients’ interim legal needs. He is based in the firm’s San Francisco office.