Menu
View our Events
Stay Connected:
In the upper echelons of business, it seems, not all are created equal -- or last as long. CEOs hold onto their roles and are therefore the oldest and the longest-tenured, while CMOs and CIOs are the youngest and shortest lasting. What's it all mean -- and which way will Millennials drive these statistics? Let's take a look at some just-released data from Korn Ferry. 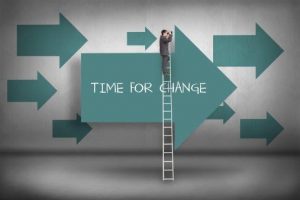 March 9, 2017 – Not surprisingly, CEOs are some of the oldest and longest-tenured corporate executives compared with other prominent C-suite roles, this according to new analysis just released by Korn Ferry. By contrast, the study found chief marketing and information officers sit at the other end of the spectrum and are the youngest and shortest-tenured top professionals in the workplace.

When analyzed in the aggregate, the average age for a C-suite member is 54 and the average tenure is 5.3 years. However, the numbers vary depending on title and industry.

What’s likely to begin skewing these figures lower in coming years, according to recruiters unaffiliated with the study, is the rise of Millennials in the workplace.

“As the Millennial generation advances into C-suite roles, this will certainly drive the average age of this executive pool down,” said DHR International global investor relations and communications group leader Smooch S. Reynolds, who has been an IR and communications functional search expert for more than two decades.

“As the average age of a CEO lessens, so, too, will his or her choice about who is recruited into the C-suite. This will likely be driven primarily by a desire to bring fresh and innovative thinking to the direction of the business – it will also enable companies to resonate with one of the most interesting generations of talent who are rapidly becoming key consumer and B2B decision makers,” Ms. Reynolds added.

“It makes sense that for large, complex companies, the executive who holds the highest leadership position would have more and diverse experiences, which would translate to more years in the workforce,” said Tierney Remick, vice chairman, Korn Ferry board and CEO services. “Immediately following the 2008 Great Recession we saw many boards asking their CEOs to continue to lead and navigate through an unprecedented period of dynamic change and ultimately, recovery.”

The average chief financial officer age of 53 represents the middle of the pack for C-suite members. There isn’t much variance in the age of CFOs among industries, with an average age of 54 for financial services and the life sciences, and an average age of 53 for the other industries (consumer, energy, industrials, professional services and technology).

“In 2016 we saw internal promotions of CFOs continue to climb to 58 percent. We’re also finding that a contributing factor to the longer tenure of CFOs are boards, which are taking the time to create robust succession management processes to ensure chosen candidates are a good fit, and therefore stay longer,” said Bryan Proctor, senior client partner and leader of Korn Ferry’s CFO practice.

Getting to the Top Can Be Difficult

It’s one thing to talk about the age and tenure of top executives, but just advancing to the C-suite can be fraught with obstacles and lots of competition. According to executive recruiters who ply their trade moving star performers from one C-suite to the next, the upturn in the market over the past 12 to 18 months has created increased demand for key decision-makers across every functional discipline ….. Here’s some further reading from Hunt Scanlon Media.

How to Correct Top Executive Career Mistakes
Every year micro trends are spotted where commonalities are found during the recruiting process. Some are regional but many are consistent globally. The search firm division of JMJ Phillip Group has assembled a list of top executive career mistakes. Here’s ‘what not to do’ when making a career move in 2017.

“CHROs are in the business of relationship building, and that takes time,” said Joseph McCabe, vice chair in Korn Ferry’s HR global center of expertise. “Once those relationships are built, the CHRO’s value to the organization is even greater and hence the longer tenure.”

The average chief marketing officer age is 52, with CMOs in the life sciences and professional services sectors with the oldest average age at 54. The youngest average age of CMOs is 50 in the consumer sector.

The average tenure of a CMO is the lowest of all C-suite titles, at an average of 4.1 years. The longest average CMO tenure is in the financial services industry at 5.1 years, and life sciences CMOs stay on average a full two years less at only 3.1 years. The average CMO in the consumer industry stays 3.6 years.

“Today’s customer-centric CMO role is exceptionally complex and requires the right balance of left as well as right brain skills, and very importantly, a differentiated set of leadership competencies,” said Caren Fleit, senior client partner and leader of Korn Ferry’s marketing center of expertise. “CMOs with this unique profile are in high demand and are often recruited to lead the next transformation. Also, in some cases, short tenure can be attributed to the organization not being well aligned behind the change that the CMO is tasked with leading.”

The CIO is, on average, the youngest in the C-suite at age 51, with the youngest average CIO age in the consumer industry at 47, and the oldest in industrials at 54. The average tenure for the CIO is 4.3 years, with CIOs in the consumer, energy, and professional services sectors tying for the longest-average tenure at 4.5 years. The shortest-tenured CIO is in the industrial sector at an average of four years.

“The pace of change is rapid and the breadth of increasing responsibilities continues to reconfirm the importance of the CIO role,” said Craig Stephenson, managing director of the North America CIO practice at Korn Ferry. “CIOs continuously rise to the challenge and it’s common for this executive profile to leave after a few years, not because of dissatisfaction, but because the challenge they set out to accomplish is achieved and other, perhaps larger, opportunities await.”

Check Out These Related Articles On C-Suite Leaders: