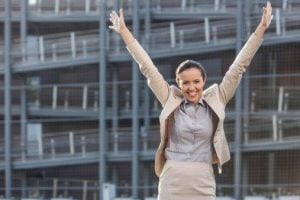 March 21, 2017 – Young women, it seems, have a healthy sense of ambition. Nearly three quarters of them in the early stages of their professional careers aim to reach the top level of the corporate ladder, according to the recent ‘Leaders & Daughters Global Survey‘ report by Egon Zehnder.

The findings, based on an exhaustive seven-country examination of working women’s motivations, ambitions and their own definitions of professional success, uncover a consistent rise in ambition to reach executive leadership from the early stages of women’s professional careers through the senior management level.

But this ambition drops, precipitously, for women at senior management levels as they strive to reach the C-suite. It’s an astounding and consequential finding. “We believe that diverse and inclusive leaders create a better world where organizations and economies not only grow, but thrive,” said Rajeev Vasudeva, chief executive officer at Egon Zehnder. “We hope to find pragmatic solutions that support the professional ambitions of all women, everywhere.”

The report found that women have a healthy sense of ambition across the board — especially young women. Nearly three quarters of respondents in the early stages of their professional careers aim to reach the top level of the corporate ladder. This was especially true for women in developing economies such as Brazil, China and India, who reported higher levels of aspiration than women in the U.S., Australia, the U.K. and Germany.

Globally, respondents wanted the CEO spot more than any other position. But desire to advance to a top position declines at the senior manager level and above and drops from 72 percent to 57 percent as reality sets in about the challenges for advancement to senior leadership.

Women overall reported contentment in their current jobs, with about three quarters globally saying they were very satisfied (27 percent) or satisfied (50 percent). However, Egon Zehnder did note a significant geographic split: Women in the U.S. reported the lowest levels of workplace satisfaction — 34 percent saying they were not completely or not at all satisfied, while only 16 percent of those in Germany reported discontent. Satisfaction increased with age and seniority across the globe.

Respondents overwhelmingly favored corporate roles. Only three percent said they would be interested in a government minister job and about two in 10 said their goal was to be an entrepreneur or start their own business. Women in the U.S. were most likely to aspire to start their own enterprise (36 percent) while those in Germany ranked as least likely (six percent).

Executive Recruiting Is One Sector Where Women Can, and Do, Make a Difference

As recently as the 1970s, it was tough to find women conducting search assignments anywhere. Yes, there were pioneers, but they were few and far between. But in the intervening years, women have made inroads in the search profession, big time. Many women, in fact, run offices, command large practice areas, and a growing number own and operate their own recruitment firms. And with the rise of boutiques, the big picture has changed considerably now for women who serve clients with distinction across the nation and around the world ….. Here’s some further reading from Hunt Scanlon Media.

Why Recruiting Is an Ideal Career Path for Women
The boards of directors for publicly owned search firms continue to skew toward older males. That hard truth, however, does little to dim the enthusiasm that many in the recruitment profession hold for executive search as a career choice – or their belief in the potential for women to succeed in the field.

Women across the globe face consistent hurdles in the workplace. The top three professional challenges respondents said they experience were broadening their skillset (32 percent), having sufficient opportunity to showcase their abilities and potential (29 percent) and balancing their personal and professional lives (27 percent).

However, for women in developed economies — the U.S., U.K., Germany and Australia — work-life balance was the No. 2 ranked challenge. Women in developing markets — India, Brazil and China —more frequently said overcoming gender bias and stereotypes in the workplace was an issue.

Interestingly, seniority and age did not always mean an alignment of responses: As seniority increased, women were more likely to report gender bias as a challenge — 12 percent of women in the C-suite versus seven percent for the overall sample, but just six percent for the 51-60 age set.

Women in the C-suite in India felt gender bias and stereotypes the most acutely (33 percent) followed by the U.S. (19 percent), showing there is still work to be done at the highest levels of management across the globe. This proof point further reflected the frustrations of senior women struggling to break the glass ceiling.

Regardless of seniority, the search firm saw a telling discrepancy in how women both experience and report bias in the workplace. Although overall just seven percent of women reported gender bias or stereotypes as a challenge if asked explicitly, nearly half of the respondents said they believed it is more challenging for women to be promoted to senior management positions than men. This belief also increased as women rose in the ranks, peaking at a senior manager level. This belief was markedly split along developing countries, with women in the U.S. reporting this at the lowest rates and the highest in China.

Women again reported an inconsistency when it came to valuing diversity in the workplace. Of total respondents, the vast majority of women globally viewed an inclusive workplace as a positive, with 50 percent saying that such an environment impacts career progress by creating more growth opportunities and supporting progress. And yet, in regards to programs and policies that mattered most when seeking employment, diverse leadership ranked last out of all answers; just 12 percent said it was important.

Diverse leadership was most important to women ages 18-22 (14 percent) and least important to the 51-60 cohort (nine percent). Women in the C-suite were the most likely group to say that diversity in talent creates too much disparity in opinion, suggesting this issue may start at the top.

Broken down geographically, German women ranked diversity in leadership last of the policies that mattered most but were the most likely to say corporate social responsibility and working for a purpose-based organization was important (27 percent) — an issue that mattered least to U.K. respondents (10 percent).

Women across countries were loud and clear about what motivated them: money talks. When looking for a job, 57 percent of respondents said a competitive salary matters most. Flexible hours and work schedule came in second, followed by health benefits. American and German women were largely the exception to the rule, ranking flexibility above a competitive salary. For the entire sample set, salary was more important than clear growth opportunities.

Overall, 46 percent of respondents said they would be more likely to accept a higher salary with undefined growth opportunities, versus 38 percent agreeing to the reverse. Women from China and Brazil were the only countries to choose defined job growth over a higher salary.

The Egon Zehnder survey refuted many commonly held assumptions about a link or relationship between seniority and age. The most senior women in their survey reported very different experiences from the oldest cohort (51-60), especially when it came to women using or accessing resources to advance their careers.

The report consistently found that women reported lower rates of advocacy and mentorship as they got older, but women in the C-suite reported using these tools at the highest rates. This suggests that if women do not reach a professional threshold by a certain age, either they stop tapping into these resources or their companies no longer make them as available.

A case in point here is advocacy: 55 percent of women said they had a senior leader who acted as an advocate on their behalf. This was highest for younger women and declined as women aged but was highest for women in the C-suite, suggesting this was important to their success. Women in Brazil were most likely to have a senior leader acting on their behalf and least likely in the U.S. and U.K.

Similar patterns took hold with mentorship. Again, about half of the women reported having a senior leader who also functioned as a mentor. This interaction was most prevalent for young women and women in the C-suite and for senior managers.

Women in Brazil and China led the way and the U.K. trailed, where a surprisingly large number of women (20 percent) were not sure if they had access to senior leaders who doubled as mentors. A slightly lower percentage of women (47 percent) said they acted as mentors than were mentored.

Just over half of the women overall said their organization gives them a platform that lets them actively participate in planning their career. Once more, this dropped off as women aged but increased with seniority.

Women in developing and developed markets split here, with women in China, Brazil and India reporting corporate career planning tools like promotion policies and career coaching at the highest levels and the U.S., U.K., Germany and Australia at the lowest. Nearly nine out of 10 of women respondents globally thought these programs were effective.

Women in developing markets were more likely to be provided with professional development opportunities; the most common, globally, was training followed by mentorship. Mentorship in China was highest (53 percent). It was lowest in Germany (10 percent), where tuition assistance was highest (39 percent). Women were likely to engage with these development programs once a month or every two to three months. The search firm saw the age and seniority dichotomy creep up, with frequency of engagement declining as women got older but increasing with her job title.

Three quarters (75 percent) of women surveyed were either familiar or very familiar with the way their organization fills vacant positions and manages succession planning. Women working for the smallest companies with less than 50 employees and the biggest organizations with 5,000 or more workers said they were the least familiar. Younger women reported being more acquainted with the process than older women.

Just more than half the women thought their feedback through formal channels influenced company policy. Overall, younger women were more likely to feel like they were being heard. This also split along developed and developing economies, where women in developing economies thought their feedback was more likely to have an impact on company policy.