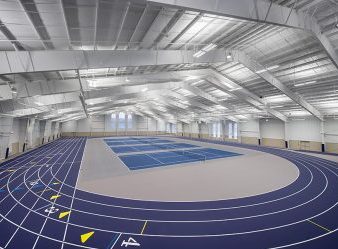 September 15, 2016 – Executive search firm DHR International has placed Mike Bobinski as athletic director of Purdue University. He replaces Morgan Burke who announced he would retire next summer after serving in his position nearly 26 years. The search was led by DHR managing partner and global sports practice leader Glenn Sugiyama. Along with DHR, the search committee consisted of Purdue faculty, athletics administrators and current and former athletes.

DHR sought feedback from Purdue stakeholders regarding the skill set and criteria they felt was most important in the university’s next athletic director. The firm then developed a job description, compiled a list of candidates and walked the search committee through what turned out to be a long and arduous sports leadership search.

Mr. Bobinski has worked as a collegiate athletics administrator for more than 30 years with successful stints as athletics director at Georgia Tech (2013-16), Xavier (1998-2004, 2006-13) and Akron (1994-98). Between stints as AD at Xavier, he served as associate vice president for development, overseeing all of the university’s fundraising efforts, including major gifts, grant services and annual and planned giving.

“This selection culminates an extraordinarily long and thorough process, befitting the importance of its subject,” said university president Mitch Daniels and chairman of the board of trustees. “Purdue thanks a remarkable search committee, and our board chairman Mike Berghoff, who led it personally. Together, Mike and I have logged many miles and hours looking for the best individual to build on the terrific 23-year record of our nationally admired AD, Morgan Burke. His credentials, record, values and intensely competitive desire to win convinced us that Mike Bobinski is that person.”

“There is a lot to like about Mike,” Mr. Berghoff said. “He is competitive and expects to win. He was a student-athlete, a coach and a CPA with career experience in both industry and universities with lofty academic and athletic expectations.”

“Mike Bobinski truly understands the lasting value of college athletics in preparing young people to experience success in competition, in the classroom and, most importantly, in life,” Mr. Burke said. “His values match Purdue’s, and I look forward to working with him and the athletics staff in what is my ‘senior year’ to hand the baton over in a smooth and seamless transition.”

DHR’s sports practice is a global specialty for the firm with capabilities that serve clients in six continents across all sports-related organizations, ranging from Fortune 500 companies and professional sports teams to public and private universities athletics squads. The firm has handled a number of athletic director searches, including Scott Barnes for the University of Pittsburgh; Joe Parker for Colorado State University; Jim Bartko for Fresno State University; and Greg Amodio for Quinnipiac University.

Just recently, DHR recruited Jeffrey Schulman as athletic director at the University of Vermont (UVM). The firm was said to have been paid $75,000 to look for, vet and present candidates to UVM, along with another $9,000 for indirect costs and reimbursements of over $30,000 for advertising placements and traveling.

Purdue is one of an expanding number of schools turning to executive search firms to find new athletics directors. Here’s a sampling of recent assignments from the Hunt Scanlon Media archives: