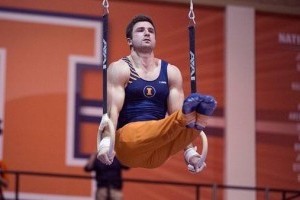 December 22, 2015 – The University of Illinois has selected Korn Ferry to assist with its search for a new director of athletics. According to reports, the school will pay Korn Ferry $140,000 for its work on the search. Korn Ferry will help a campus-led search committee formed last month by interim chancellor Barbara Wilson to identify and hire a replacement for Mike Thomas, who was fired early last month.

The search committee will be chaired by Prof. Matt Wheeler, who is the faculty athletic representative. The University recently completed its search firm procurement process that began in mid-November. Ms. Wilson said she hopes to have a hire in place for approval by the board of trustees at its meeting in the third week of January.

“My hope all along was to identify a firm that had the experience and network to add value to our efforts,” said Ms. Wilson. “Korn Ferry will play a crucial role in conducting an effective, comprehensive and confidential process of interacting with top-quality candidates for this vital and sought-after campus role.”

“We have a standing list of firms that have been approved for executive searches. We reached out to the firms on the list and invited them to submit a proposal for this search,” said campus spokeswoman Robin Kaler. “The chancellor did not commit to using a firm until the process for selecting one to handle this specific project was completed.”

In the past, the UI has used Parker Executive Search, including the hiring of former athletic director Mr. Thomas.

Korn Ferry has completed searches for high-level athletic administrations and head coaches at universities including Michigan, Oregon, Texas and Virginia. The search firm also assisted this year with Missouri’s hiring of athletic director Mack Rhoades and last year with Marquette’s hiring of athletic director Bill Scholl. The firm’s sports practice also recruited Florida’s football coach Jim McElwain. It has recently been retained by the University of Miami to lead its search for a new head football coach.

The sports industry continues to be a growth area for many executive search businesses. Many C-suite focused recruiting firms are now active in the sector, with some specializing only in the sports field itself.