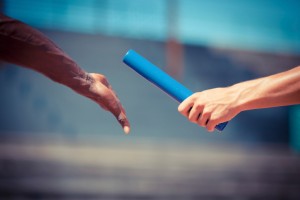 March 29, 2016 – Sports and entertainment-focused executive recruiter Turnkey Search has been selected by the University of Minnesota to lead its search for a new athletics director. Beth Goetz has served as interim AD since Norwood Teague resigned in August after allegedly sexually harassing colleagues.

“We are lucky to have a woman who’s been a good interim AD,” said Eric Kaler, president of the University. “She’s going to be a candidate for the job, but she is a not a lock for this.”

The search process is expected to roll on through the spring, with a selection likely to be made by early summer. The University is paying Turnkey Search $150,000 plus expenses to recruit and vet candidates for the position. It has assembled a 16-person search committee comprised of faculty members, current and former athletes, statewide business leaders and a head coach.

Mr. Kaler expressed an openness to a “non-conventional candidate,” but stressed a “need to have some pretty profound knowledge of college athletics,” including the NCAA structure, the Twin Cities media marketplace and Minnesota’s academic mission.

“Do those people exist?” asked Mr. Kaler. “I’m sure they do, and I hope to meet one of them in the next couple months.” Mr. Kaler said he’s looking for a candidate who will set a professional tone for the department and who won’t cut corners or cheat on recruiting or academics.

Board of regents member Michael Hsu recently told the Duluth New Tribune: “I don’t want a search firm to either soft-pedal an internal candidate or hard-sell an external candidate.” He also said that Ms. Goetz will be a strong candidate, but that this will be an open, national search, adding: “She’s not a lock for this.”

Turnkey, which placed the athletics directors for Georgetown University in 2010 and the University of Michigan this year, is expected to produce semifinalists for interviews in six to eight weeks.

Turnkey Search has conducted extensive search work in the sports field for senior level talent other than athletics directors, recruiting Flavil Hampsten as chief sales & marketing officer of the San Jose Sharks, Jarrod Dillon as EVP of sales and marketing for the Tampa Bay Lightning, Terry Kalna as SVP of sales of the Pittsburgh Penguins, Myles Pistorius as SVP and general counsel of the Miami Dolphins, and Courtnee Westendorf as chief marketing officer of the Oakland Raiders, among a host of others.

In its athletics director search, the University of Minnesota joins a growing roster of educational institutions turning to an executive search firm to find similar talent recently.

Earlier this month, Atlanta-based Parker Executive Search recruited David Benedict as athletic director at the University of Connecticut. The firm also placed Mark Jackson as director of athletics at Villanova University. And just last week Parker was tapped by the University of Washington (UW) to help find its next athletic director. A UW spokesperson said the school will pay the search firm $105,000 for its role in generating leading candidates and seeing the search process through to completion.

Executive recruiters Brill Neumann Associates was also recently selected by the University of Southern California (USC) to lead its search for a new athletics director.

Korn Ferry, the nation’s largest search firm, just placed Josh Whitman as the new athletics director for the University of Illinois. The University is said to have paid Korn Ferry $140,000 for its work on the search.

Check Out These Related Articles On College Sports Recruiting: