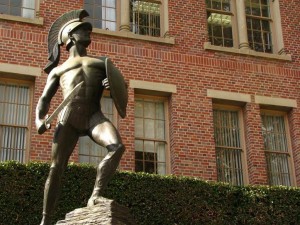 April 15, 2016 – Executive search firm Brill Neumann Associates has placed pro football hall of fame wide receiver and USC alumnus Lynn Swann as athletic director of the University of Southern California (USC). Pat Haden retired from his position as AD, effective in June, ending his guidance of the Trojans through a tumultuous period in the school’s history. Mr. Swann played at USC in the early 1970s before a nine-season career with the Pittsburgh Steelers.

“To his new role, Lynn Swann will bring the heart and soul of a Trojan,” said university president C.L. Max Nikias. “He shares our profound dedication to combining academic excellence with athletic excellence.”

USC is a private, not-for-profit, and nonsectarian research university founded in 1880 with its main campus in the city area of Los Angeles. As California’s oldest private research university, USC has historically educated a large number of the region’s business leaders and professionals. Its athletics have won 123 total team national championships, 97 for men and 26 for women, including non-NCAA championships.

USC is one of an expanding number of schools turning to an executive search firm to find new athletics directors: