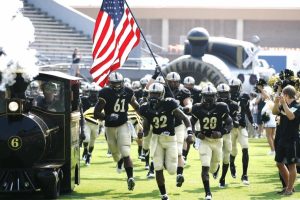 May 10, 2016 – DHR International has been selected by Purdue University to lead the search for its next athletic director. Current Purdue athletic director Morgan Burke announced he would retire in July 2017 after serving in his position nearly 26 years.

The search is being led by DHR managing partner and global sports practice leader Glenn Sugiyama. Along with DHR, the search committee consists of Purdue faculty, athletics administrators and current and former athletes.

“Once the team was compiled, we started thinking about the pluses and minuses of having a search firm,” said Michael Berghoff, board of trustees chairman. “They have some experience we don’t have. The university has a lot of experience hiring deans, provosts, faculty members, administrative staff. But, admittedly, he said, the athletic director search is a little different: “We haven’t done one in 20 years.”

Mr. Berghoff said DHR will seek feedback over the next month from Purdue stakeholders regarding the skill set and criteria they feel are most important in the university’s next athletic director. The firm will then develop a job description and compile a list of candidates, he said. Mr. Berghoff hopes to ultimately present Purdue University president Mitch Daniels with a short list slate of two or three strong candidates to consider.

“We’re eager to get started, but I think the timing depends so much on the candidates that it’s difficult to predict,” Mr. Berghoff said. “We’re in a great spot in that we have a real talent in the position now who’s willing to continue on until we hire somebody.”

The University said the search will likely take three to six months, based on the average timetable for similar AD searches conducted by other universities.

DHR’s sports practice is a global specialty for the firm with capabilities that serve clients in six continents across all sports-related organizations, ranging from Fortune 500 companies and professional sports teams to public and private universities athletics squads. The firm has handled a number of athletic director searches, including Mark Coyle for Syracuse University; Scott Barnes for the University of Pittsburgh; Joe Parker for Colorado State University; Jim Bartko for Fresno State University; and Greg Amodio for Quinnipiac University.

Purdue is one of an expanding number of schools turning to an executive search firm to find new athletics directors: