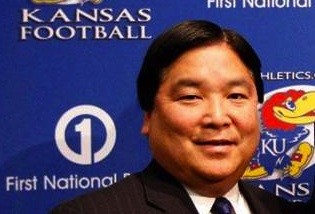 July 1, 2015 – DHR International has placed Mark Coyle as athletic director for Syracuse University. The search was completed by the global leader of DHR’s sports practice, Glenn Sugiyama, and executive vice president, Pat Richter. “This was an efficient and a very thorough search,” said Kent Syverrud, University chancellor. “It was a committee that listened carefully to the community as part of the process. It was also, as Steve Ballantine (board of trustees member and chair of the search committee) said, a search that attracted very strong candidates. Part of the reason for that is the proud history, going back more than a century, of Syracuse University athletics.”

“Mark is a terrific man with an unbelievable track record who is going to do great things to continue to build the brand at Syracuse, much like he did at Kentucky and Boise State,” said John Calipari, head men’s basketball coach at the University of Kentucky.

“I also want to thank Glenn Sugiyama and Pat Richter; these things are very complex and these jobs are very competitive,” said Mr. Coyle. “I can’t tell you how honest and forthcoming the search committee was with me and how Glenn and Pat were throughout the entire process.” Syracuse University is a private, co-educational, urban university dedicated to advancing knowledge and fostering student success through scholarship and transformative research.

Over the past four months, Messrs. Sugiyama and Richter have placed a number of other athletic directors, including Scott Barnes at the University of Pittsburgh, Joe Parker at Colorado State University, Jim Bartko at Fresno State University, and Greg Amodio at Quinnipiac University. DHR’s sports practice is a global specialty with capabilities that serve clients in six continents across all sports-related organizations ranging from Fortune 500 companies to private universities.

Mr. Sugiyama is a former VP and account director for Leo Burnett USA, and the former director of business development for North America of iLeo, Leo Burnett’s marketing services group. At age 27, he became one of the youngest directors of a major U.S. pro sports team when he was named to the board of directors of the Chicago Bulls. During his time with DHR he has placed Charlie Weis as head football coach at the University of Kansas and Mike MacIntyre as head football coach at San Jose State University. Mr. Sugiyama is a past recipient of the “Outstanding 50 Asian Americans in Business” award given by the Asian American Business Development Center, highlighting achievements of Asian Americans across the U.S.